Florida takes some abuse. Not just from its own residents, but from the general public, the media, and on social media.

We’re not here to debate Florida’s merits. As far as we’re concerned, it’s a warm place that’s quite beautiful almost all year long.

But, for those who are considering a relocation within Florida, or who are thinking of moving to the Sunshine State, this list should provide some value.

The following are the worst, avoid-at-all-costs cities in Florida:

However, according to data (which doesn’t measure things like beauty and ‘friendly people’), there are far better options in the state for making a place home. And the worst place to live in Florida? That would be Pahokee.

You have to work pretty hard to get 1/10 on our SnackAbility score, but Pahokee, the worst place in Florida, found a way. Situated about an hour west of West Palm Beach on the banks of Lake Okeechobee, Pahokee has too many problems to count.

The poverty rate sits at 37.8%, the unemployment rate is a woeful 26.3% (the worst in Florida), and those that do have jobs aren’t exactly swimming in cash. The median household income in Pahokee is $27,095.

Violent crime is high, and the high school dropout rate is the 4th worst statewide.

It’s a real shame, too, because Pahokee has some truly magnificent spots, like Pahokee State Park, an excellent spot for fishing, boating, camping, and hiking around Lake Okeechobee.

Look, we didn’t name Opa Locka one of Miami’s worst suburbs without good cause. Home to fast food joints, Kmart, Big Lots, and plenty of gas stations, Opa Locka is not anyone’s definition of an aesthetically-pleasing place to live.

The city had the 2nd highest overall crime rate in Florida over 2019, which makes sense in a place with a poverty rate over 40%. In fact, the median household income of $21,523 ranks as the lowest in Florida.

If Opa Locka has one saving grace, it’s that it offers easy access to Miami, so you’ve got things like Dolphin Mall and Zoo Miami is just down the road.

Starke does have Kingsley Lake, a perfectly-circular lake that’s popular for fishing and swimming. While this and plenty of state parks make for many pleasant places for outdoorsmen and women, Starke itself is pretty light on fun stuff to do (unless you count Walmart or Piggly Wiggly).

What’s even more problematic than Starke’s high poverty rate is the fact that the median household income here dropped by a whopping 20% over the year, down to $32,177. That, and a crime rate that’s nearly double the national average. Cocoa has been in the spotlight with us before, and not for the best reason either; we named the city of 18,285 as one of the most dangerous cities in Florida, so you’d be well-advised to keep your wallet close and a buddy nearby at all times.

Besides that, the economy of Cocoa isn’t so hot. While residents enjoy a low cost of living, that’s mostly because the poverty and unemployment rates are so high and median household income is so low that things have to be cheap here.

On the bright side, Cocoa also has a historic downtown shopping district and Riverfront Park is always putting on shows, so there’s some entertainment available here.

Orlando is 45 minutes west of Cocoa. Situated between Lake Griffin and Lake Harris in central Florida, Leesburg does offer nature lovers quite a bit to do.

But with the 9th highest crime rate in Florida, through-the-roof unemployment and poverty rates, and a declining median household income, that’s about all Leesburg has going for it.

GreatSchools also gave Leesburg an average score below 3/10, so it’s not exactly the best place to raise a family either. On top of that, the cost of living in Leesburg is higher than most places listed here, so it’s not even like you’re trading a lower quality of life for some extra savings.

Located 45 minutes south of Miami, Homestead ranks as Florida’s 6th least attractive place to live for 2021. Unlike some other places on this list, Homestead has quite a bit going for it.

The city of 68,438 is a popular choice for families looking to avoid the big prices and party vibe of Miami. It offers easy access to Everglades National Park and Coral Castle, both popular tourist attractions on the national and local level.

That’s a big reason why Homestead also has the priciest homes you’ll see here, with a median price of $222,300. Unfortunately, that higher price of admission doesn’t translate into other important elements of a good place to live.

Crime is high, unemployment and poverty are still prevalent, and as an added gut punch, Homestead residents have the 2nd worst commute in Florida.

And if you are hurt, you might have to contend with significant medical expenses out-of-pocket, considering North Miami has the 3rd highest rate of uninsured residents anywhere in Florida.

Beyond that, housing is quite pricey for a place where over 20% of the population is below the poverty line, and 1 out of 12 people is out of work.

One thing to note: North Miami did score a 10/10 SnackAbility score for its awesome amenities, like The Ancient Spanish Monastery and nearby Oleta River State Park, a truly beautiful spot that may help you forget you live in Florida’s #7 worst city overall. A PBS documentary entitled “Murder of a Small Town” covered Belle Glade back in 2015. It delt with the city’s decline into high unemployment, crime rates, and drug use over the past few years, all of which contributed to Belle Glade ending up as Florida’s 8th worst place.

Belle Glade’s unemployment rate of 14.9% is the 5th worst in Florida as well, and with the 3rd highest high school dropout rate statewide, the city isn’t exactly setting itself up for success in the future. 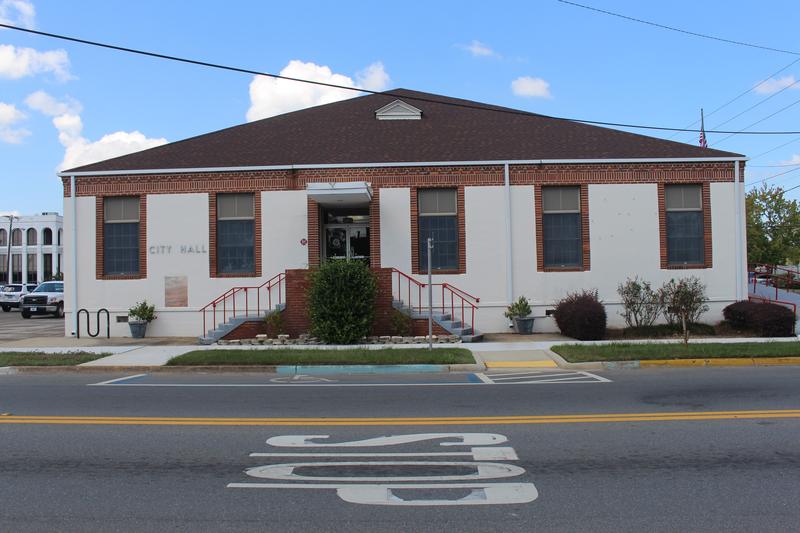 We’re taking our first trip to the Florida Panhandle to reach the state’s 9th worst place to call home, Marianna. Like a few places on this list, Marianna offers quite a bit for those who like to spend their time outdoors.

There are miles of spring-fed rivers, ponds, and lakes, and the Florida Caverns State Park is a truly one-of-a-kind site.

That’s all great — if you’re just visiting Marianna. The local economy is in shambles, with a 5% drop in employees over the last year. The median household income is the 2nd lowest in Florida at $22,909, and the poverty rate is nearly 40%. There’s a reason Avon Park has the 2nd lowest median home price in Florida — that’s what you’d expect from the 10th worst place to live in the state, after all. This central Florida city of 10,461 isn’t the kind of place most people want to reside.

The crime rate is the 6th highest in Florida, the crazy high unemployment rate of 19.1% ranks as the 2nd worst statewide.

About a third of residents live below the poverty line, so making ends meet in Avon Park is a daily cause for concern.

Avon Park does have some pretty lakeside parks near the downtown area, but beyond that, there isn’t much going on here.

Furthermore, only cities with at least 5,000 people were considered — leaving 208 cities.

We then ranked each city from 1 to 208 for all the criteria with a #1 ranking being the worst for the particular criteria.

Finally, we ranked every city on the “Worst Place To Live Score” with the lowest score being the worst city in Florida — Pahokee. Read on for a detailed look at the 10 worst cities in Florida. You can download the data here.

Wrapping Up The Worst In Florida

If you’re looking at areas in Florida with the worst economic situations, where there’s higher than average crime, and not a lot to do, this is an accurate list.

And in the end, Pahokee ranks as the worst city to live in Florida for 2021.

If you’re curious enough, here are the best cities to live in Florida:

Where Are The Worst Places To Live In Florida?

Editor’s Note: This article is an opinion based on facts and is meant as infotainment. Don’t freak out we updated this article for 2021. This is our seventh time ranking the worst places to live in Florida.
Share on Facebook