So, using some data crunching, we should be able to measure where the most Trashy communities in the state of Maryland are actually located.

After pouring over data, watching too many fist fights and perusing illiterate Facebook comments, we’ve determined these are the most Trashy cities in Maryland:

Time to take some meth and stay up all night with us as we go through the cities one by one. And before you say we’re some kind of reverse racist, you can also check out the most Ghetto city in Maryland.

How we determined the most trashy cities in Maryland?

These Are The 10 Dumbest Cities In Maryland

Simple, right?
We limited the analysis to non-CDPs that have over 5,000 people.
Then, we ranked each place from 1 to 21 for each of the trashy criteria.

In the end, Elkton ended up being the the most trashy city in the Old Line State.

Toss back a Budweiser, and suck down another Marlboro Red, Elkton, cause you’re the whitest trash of all in Maryland. This city in Cecil County ranks in the top 10% for several categories, including number of residents on welfare, most amount of high school dropouts, as well as a high number of payday loans per capita.

Trashy is a lifestyle in Edgewood, Maryland. This city in Harford County was in the top 5 for poor, uneducated white residents, and ranks high for Dollar Stores. With the large number of Dollar Stores, I guess you can say you are creating jobs Edgewood; and for that, you should be proud.

Hagerstown is located northwest of Frederick off the 70. This is one of the ‘most white’ cities on this list, and judging by the numbers, this place is pretty damn trashy. Hagerstown ranks in the top 5 for three separate trashy metrics, including number of aggravated assaults and for a large percentage of high school dropouts.

Chances are, if you and your kid(s) moved in with someone after just two dates, than you might be from Cumberland, Maryland. This city in Allegany County ranks fifth in the state for aggravated assaults (meaning drunken fist fights), and is 8th in the state for number of dollar stores per capita.

Salisbury is located in the southeast area of Maryland just off Route 50. If you’re from Wicomico County, there is a good chance you know someone who did not graduate from high school. And, if you’re a dead-beat dad named Rick who snorts Tylenol (because he can’t afford adderall), and you moved to Ocean City with your sister’s best friend, you might be from Salisbury.

Ocean City is located along the coast. Though it’s considered a ‘resort town’, the number of drug-related crimes and aggravated assaults, combined with the high number of poor dropouts, makes this trashy central for Worcester County. Statistically, Westminster ranks in the top 20 in a few categories, including number of payday loan outlets per capita, as well as number of poor, uneducated residents.

Westminster residents who want to move up in the world make the trek to either the big city of Hampstead or New Windsor to become assistant managers at a Walmart. Just make sure you have a valid license and a working automobile before exiting– cuz ain’t nobody got time for that! Sadly, a large percentage of the Dundalk population’s income is based on welfare, workers comp, unemployment benefits, Social Security, Medicare, and Medicaid. Dundalk ranks very high for number of check cashing outlets and dollar stores Many people in Dundalk look as if Tonya Harding and Eminem got together and had a baby.

Brunswick, Maryland is a tiny border town located on the Potomac River. Despite ranking really high in just about every ‘trashy’ category we measured, Brunswick ranks very low for number of check cashing/payday loan outlets, meaning they have to drive all the way to Frederick to cash their paychecks every week. Yuck. 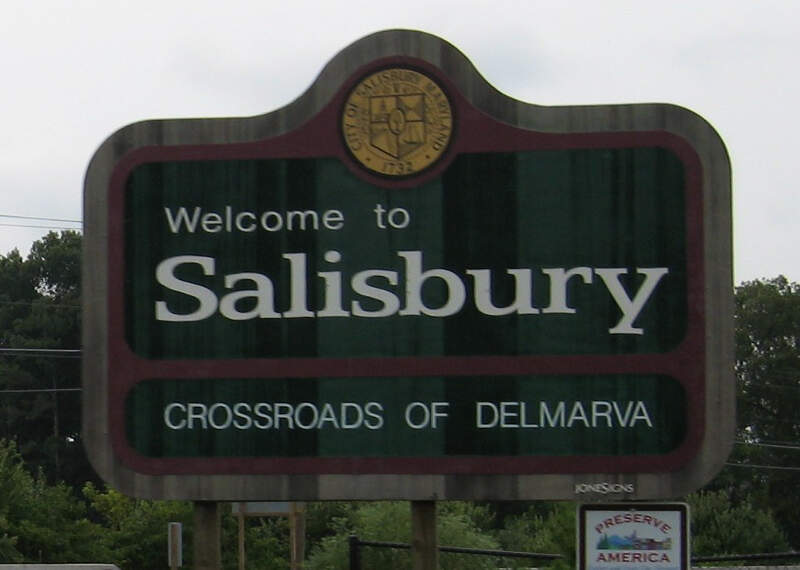 Rounding out the list of the ten most trashy cities in Maryland brings us to Fruitland. Located in the middle of nowhere Maryland, this is where the high class trashy live. You think you’re all that now that you have two Dollar Stores where you can show off your pajamas.

If you’re analyzing cities in Maryland with lots of angry welfare recipients, single mothers and where people have lots of options for payday cash loans, this is an accurate list.

If you’re curious enough, here are the least trashy places in Maryland:

For more Maryland reading , check out: