Is there anything really wrong with being called an Indiana redneck? Most rednecks would say, “I don’t care what you call me, as long as you call me for supper.”

So, you’d think people who are rednecks would be proud to be called a redneck. Especially down in southern Indiana (where several of the cities ended up being located). Here, you’ve got people who vote one way, who stick to their own, and who would rather rely on each other than on the government.

Plus, we thought why not add in a few stereotypes? Cause, you know, rednecks live in mobile home parks and they like to hunt, drink, chew and shoot things. They eat at Golden Corral and shop at Bass Pro Shops, Walmart and Dollar General.

Using that criteria, it’s not hard to scrape the internet, run some scientific data on where rednecks might live in Indiana, and then put out a list.

After analyzing 94 cities with a population between 2,500 and 25,000, we’ve finally determined these are The Most Redneck Cities in Indiana:

In order to rank the most redneck cities in Indiana, we had to determine what criteria makes a redneck. 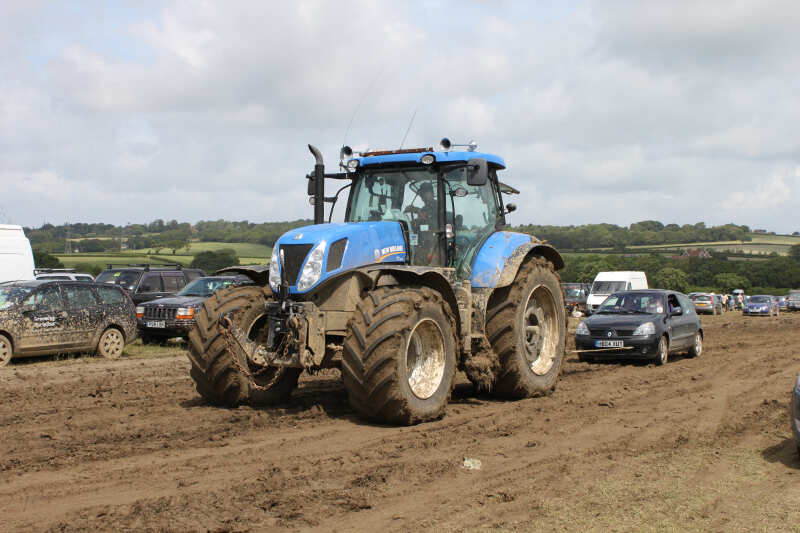 Dern tootin’, Aurora! You have the official bragging rights as being named the most redneck city in the entire state of Indiana. You may now brag to your friends and share this endlessly on your Facebook walls.

Lets see why. Aurora has the most fishing/bait shops per capita in the state. And you can guess why. They’re smack dab right on the banks of the Ohio River down there. You can bet lots of Aurora rednecks take their kin down to troll for bass and crappie every afternoon.

Plus, they have their very own Walmart down there. No lines for cheap bait!

There are also more bars per capita in the area around here than in almost any other city in the state.

Aurora has it made, and you can see why so many rednecks live here.

Edit: Due to popular demand, we have Aurora is the #1 Redneck city in Indiana men’s and women’s t shirts. Men’s click here. And for women’s click here! 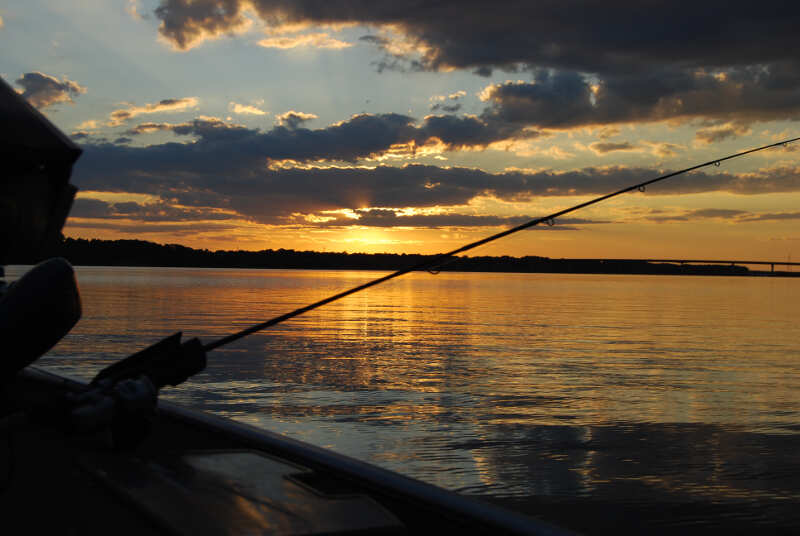 Wormies Bait & Tackle, Lawrenceburg, IN. From their Facebook page

Guess who is right next door to Aurora? Lawrenceburg. The rednecks here probably share fishing stories with Aurora rednecks at the Lawrenceburg Waffle House. Then Aurora invites Lawrenceburg over to shop at their Walmart.

Lawrenceburg has a much higher gun store rank than Aurora does. Which means, don’t go tryin’ to steal any chickens in Lawrenceburg. They probably lose enough to the coons as it is. 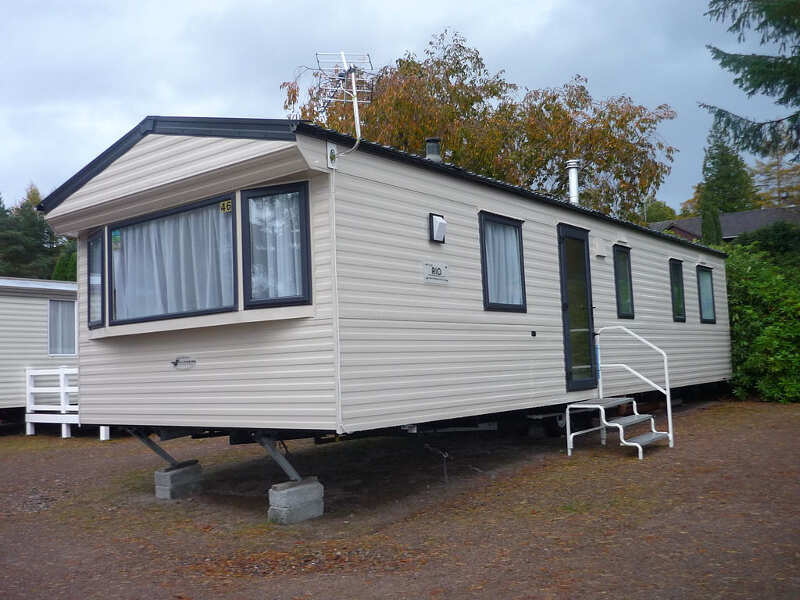 About a three hour tube float down from Aurora on the Ohio is the redneck town of Madison. If you’ve ever been there during an event (they host the speedboat race called the Madison Regatta every July), you know it gets pretty rednecky here.

A true Madison redneck knows that you don’t have to wait until Monday to buy your booze. You just drive over the bridge into Kentucky and stock up on NASCAR Sunday. 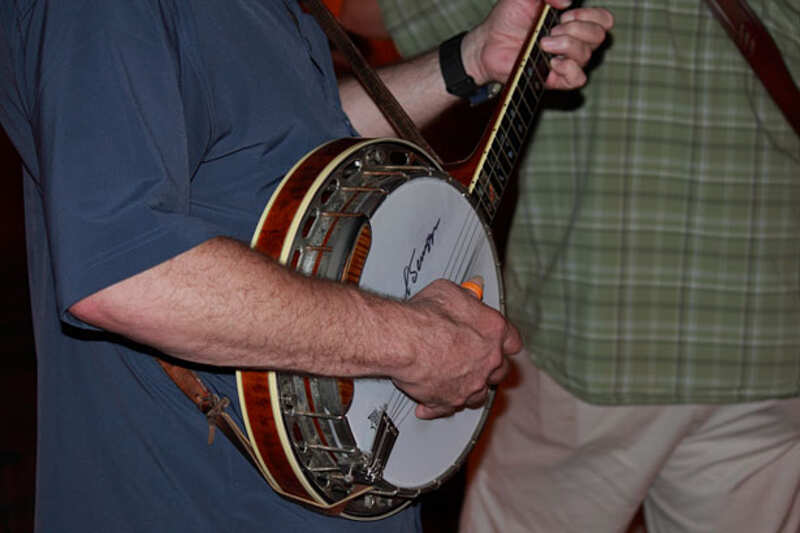 Angola is just about as close to the Michigan/Ohio border that you can get. And judging by the sheer numbers, you know it’s pretty redneck up here.

Angola is 7th in terms of mobile home parks in Indiana. Nothing says redneck like swiping a few bass out of nearby Lake James and then frying them up back at the trailer.

There are also a high percentage of tobacco stores in this area. We like to call it the chew factor. Angola’s chew factor is 6. 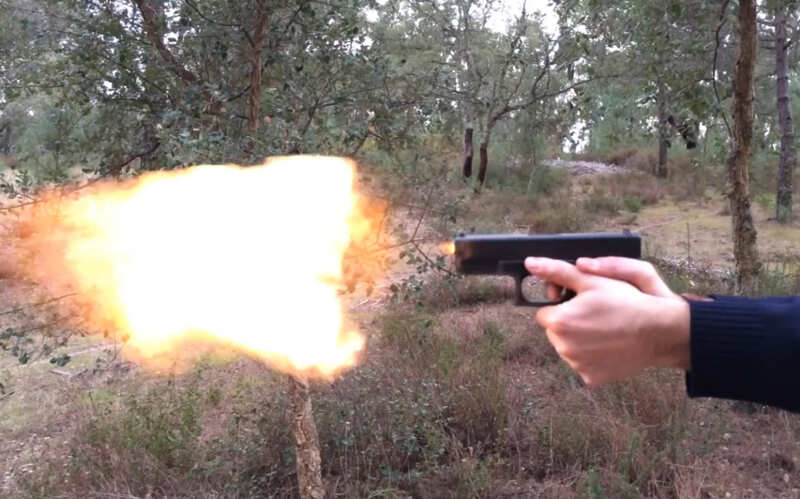 You might think a town called Whiting would be a for sure redneck town, and you’re right. It’s 76% white, and very blue collar. But if I told you it was located near Chicago, that might throw you off.

There are plenty of rednecks here. They get to fish Lake Michigan and enjoy more bars per capita than any other place in the state. Nothin says redneck like acting tough after a case of Natty Lights. 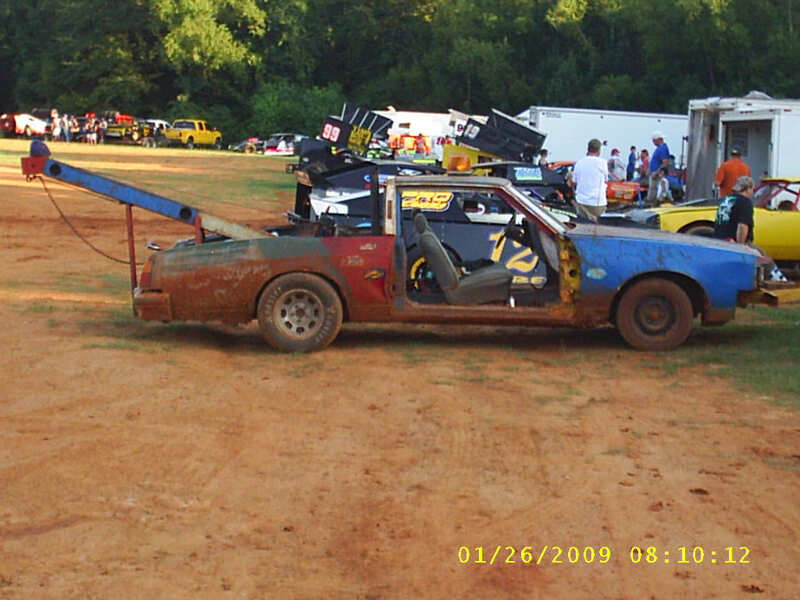 The rednecks are laying down the law and spreading their seed up here in Warsaw. Just 10 years ago, the town was 70% white. Nowadays, it’s 90% white.

You can see why. The ratio of fishing/bait shops and mobile home parks is sky high up here in Warsaw. Plus, there’s no way you’re runnin’ out of chew. 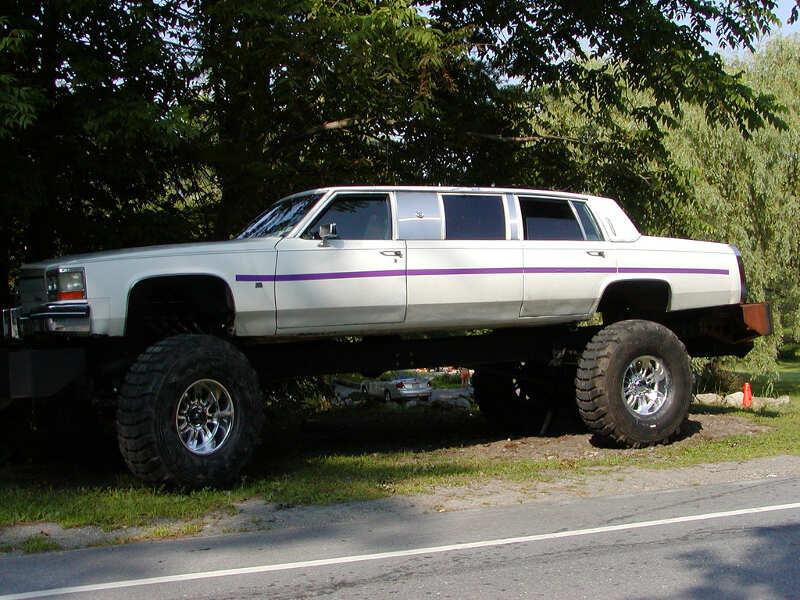 Little Knox, Indiana is the smallest city to make this list. But there’s more places nearby to get guns and ammo and to stock up on chew and smokes.

Nothing’s more redneck than shooting at coons, blowing up stuff and sucking down a pack of Camels.

Knox is located out in the country, a short drive from Notre Dame. It’s 97% white here. 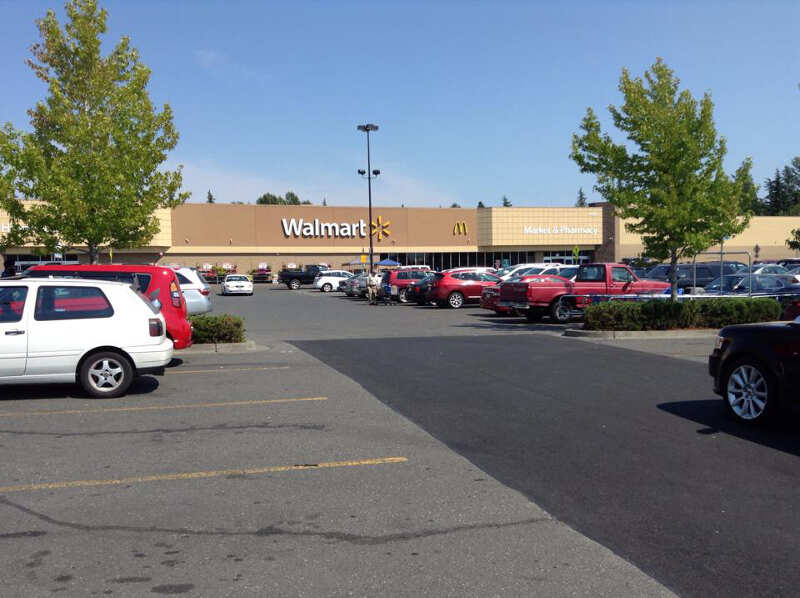 At Carole’s Corner Pub, Logansport, IN. From their Facebook page

Yes, there’s plenty of ammo to be sold in Logansport. And lots of Walmart shopping. And a lot of the people here didn’t graduate from high school.

Here’s what internet comments had to say about Logansport:

“Logansport has churches and bars on nearly every street; half the people I saw walking around were well over-weight or had serious dental problems.”

“Not all of Logansport people are rednecks, only 90%…lol. Some us are non-rednecks, like me.” 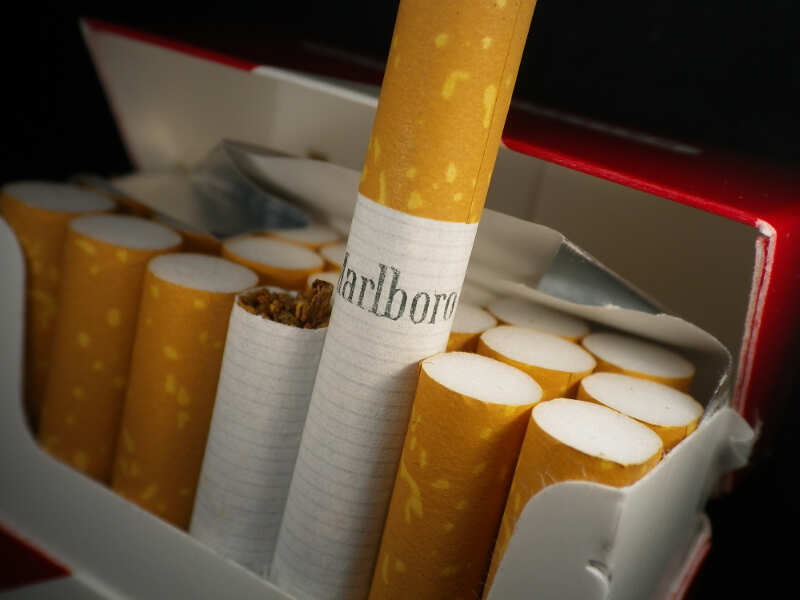 Monticello is right on the banks of the Tippecanoe River (the rednecks call it the ‘Tippy’), and smack dab between Lakes Freeman and Shafer. It’s also right next door to Indiana Beach, perhaps the most redneck amusement park this side of the Mississippi. Seriously, are the rides always broken down?

There are lots of places to fish and shoot guns here, as is evident by the number of places to buy such things. Even though it’s such a small city, there’s a Walmart here, so rednecks can get all gussied up before a day out on the lake. 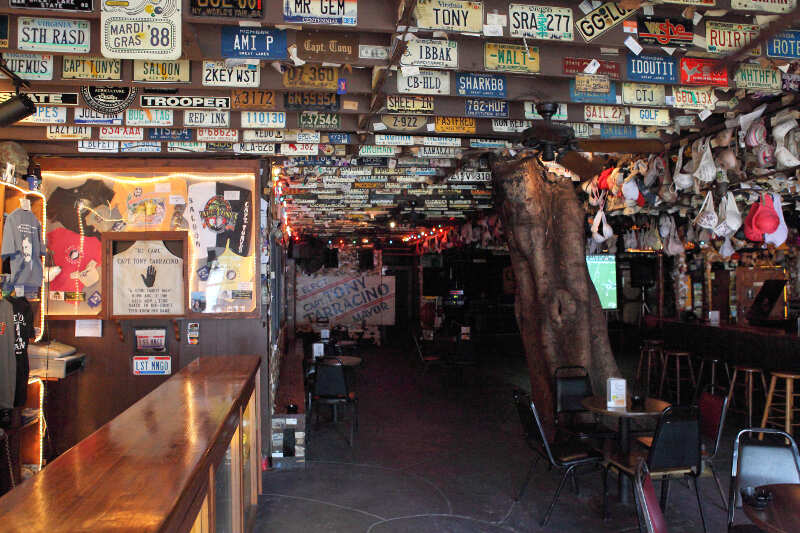 Columbia City is 97% white, which is 1% less than it was ten years ago.

They’ve got lots of rednecky stuff they can buy, and they’re way out on Route 30, a mere thirty minutes from Fort Wayne. So, when they run out of beer, ammo, and camo, and their local mom and pop outlets are closed, they only have to fire up the truck and head into town.

Or, they could ride the mower.

According to the official dictionary definition of a redneck, and based on stereotypes that the internet says are true, using science to determine the most redneck cities in a state can’t be too far off. If you’re analyzing smaller cities in Indiana with blue collar workers, where people have lots of options for drinking, smoking, hunting and Walmarting, this is an accurate list.

If you’re curious enough, here are the least redneck places in Indiana

We published a story on the 10 best places to live in Indiana that might be more ‘stimulating’ reading for your day. Click here to read it.