You have to have a certain mindset to want to live in Maine.

It’s not an easy life for most of the year. But if you ask people who live there, they are fiercely protective of their state. After all, Maine is one of the most beautiful states in America. They stick together up there, and would probably rather flatlandahs stay right where they are.

But is it all great in The Pine Tree State? Of course not. Just like every other state, Maine has its trouble spots. The purpose of this post is to use science and data to determine which cities in Maine are the least desirable to live in.

Of course, many of the cities on this list would rank highly if they were in other states. But nonetheless, according to science, these cities are the worst places you could possibly live if you make Maine your home.

After analyzing 20 of the state’s most populous cities (over 2,400 people), we came up with this list as the 10 worst places to live in Maine:

However, according to data (which doesn’t measure things like beauty and ‘friendly people’), there are far better options in the state for making a place home. And the worst place to live in Maine? That would be Biddeford.

If you’re looking for a quaint, seaside New England town, Biddeford fits the bill. You’ll get ocean views and a bountiful cultural heritage, including the annual La Kermesse Franco-Americaine Festival, celebrating the French-Canadian influence on the region. Great for a long summer weekend. The rest of the year…not so much.

Boosted by tourism, Biddeford’s economy does okay. But that vacation interest also drives up real estate values, making it difficult for locals to afford a home. The median home price sits at $245,900, compared to a median income of $53,120. Crime is also an issue, running about 25% higher than the national average.

In the context of the rest of Maine, Lewiston counts as a major urban area. It serves as the second largest city in the state, behind only Portland. As such, it has many of the attributes of a sizable metro area, including parks, museums, and educational institutions, like Bates College.

At the same time, it has some of the challenges of a bigger city. This includes issues with housing, safety, and affordability. The economy provides for a relatively low unemployment rate, but a modest median income leaves many struggling to make ends meet. The poverty rate in town hovers at 18.1%.

This may or may not be a surprise to you, but Augusta is the 2nd most dangerous city in Maine. For such a small city, there are an astounding number of property crimes. Residents here have a 1 in 31.7 chance of being the victim of some sort of robbery when within city limits every year. That’s lots of stolen cell phones, guns, snowmobiles and lobster traps.

Besides the crime, there are a few other factors why Augusta might be one of the worst places to live. The home values here are pretty cheap. Why is that not a good thing? Because the salaries of people working in Augusta are really low. People here earn about $43,796 a year per household.

Additionally, the public schools in Augusta are some of the lowest funded in the state.

When all is said and done, you could find much more desirable places to live in Maine than in Augusta.

Calais is named after a port in France. Oo la la. That connection doesn’t make life in town any classier. In fact, the community stands as the number 4 least attractive location in the state.

Located in the far northern part of Maine, the town sits along the Passamaquoddy Bay, across the water from Canada. A weak economy explains most of the challenges the area faces. The median income comes in at $32,601, while the unemployment rate hovers at 7.0%.

Still, there are benefits. Calais provides excellent access to the unspoiled natural environment, with great views of the bay and local highlights like the Moosehorn National Wildlife Refuge.

You might be surprised to hear that Waterville has the 7th highest crime rate in Maine. People who live here have a 1 in 20 chance of being robbed. That means if you live here, and you didn’t have something stolen from you, someone on your block probably did.

The schools in Waterville are very poorly funded, and the homes here are very cheap, which is a sign of demand. There are no ‘bargains’ here. Unless you want to buy a cheap house and turn it into a moose lodge

Just south of Caribou is Presque Isle. Things are a tad bit better economically, but the crime rate in Presque Isle is noticeably higher. Residents have a 1 in 58 chance of being robbed. At least that’s what it was back in 2021. Hopefully things have improved here

Incidentally, when we said Augusta was the most dangerous earlier, Portland isn’t too far behind. Every year, you have a 1 in 25 chance of being robbed when you’re within Portland city limits.

Look up “cute New England town” and you might get a picture of Ellsworth. Set among a series of lakes and waterways along the Maine coast, the town offers stunning views and ample natural beauty. Plus, its a short trip to Mount Desert Island and the resort destination of Bar Harbor.

Still, Ellsworth ends up on this list of worst places to live in Maine. Why? Well, not the economy this time. The town boasts a 3.5% unemployment rate and a $53,324 median income.

Rather, the community suffers from its isolated location. Diversity in town is scarce. At the same time, local amenities are limited and getting to Bangor, the closest thing to a nearby urban area, requires a 40-minute drive.

Bangor is one of the biggest cities in Maine. Sure, it’s Maine, so that means the community only holds 32,095 people. But given the rural nature of the state, that represents an urban area.

As always, life in the big(ish) city comes with problems. You’ve got crime…with Bangor’s crime rate topping the national average by more than 50%. You’ve got affordability…with a median home value of $157,000 compared to a median income of $46,625. And you’ve got poverty…with a local poverty rate of 18.9%.

Of course, Bangor offers some of the benefits of city life as well. It’s got parks, museums, restaurants, and other attractions. Hey, if it’s good enough for Stephen King, it can’t be all bad, right?

Sure, Caribou is beautiful. But science doesn’t measure beauty. It measures facts, and the fact is Caribou has some serious issues. The unemployment rate here is 8.7%, which is the second highest in the state. And the median price of a house here is under $100,000.

It’s hard to get a local economy going when you look at those numbers.

Additionally, the public schools in Caribou are the 11th lowest funded in Maine in terms of financial support and student-teacher ratio. 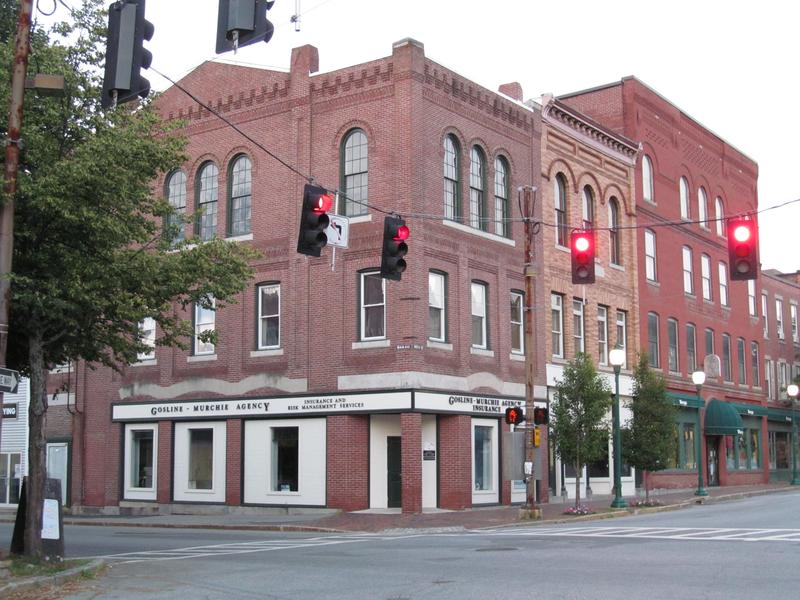 Gardiner sits about 10 minutes south of the state capital of Augusta, near the junction of the I-95 and I-295. This puts it in the path of a crucial north-south travel corridor in the state.

Still, the town suffers from many of the problems associated with small-town, rural life. In other words, don’t go to Gardiner if you’re looking for diversity or for a wide variety of amenities. Also, the economy is rather stale, leaving 17.5% of the population below the poverty line.

Despite these problems, Gardiner also offers many of the benefits of small-town, rural life. Built along the Kennebec River, you get stellar views at places like Waterfront Park.

Best Cities For Singles In Maine

Furthermore, only cities with at least 2,000 people were considered — leaving 20 cities.

We then ranked each city from 1 to 20 for all the criteria with a #1 ranking being the worst for the particular criteria.

Finally, we ranked every city on the “Worst Place To Live Score” with the lowest score being the worst city in Maine — Biddeford. Read on for a detailed look at the 10 worst cities in Maine. You can download the data here.

Wrapping Up The Worst In Maine

If you’re looking at areas in Maine with the worst economic situations, where there’s higher than average crime, and not a lot to do, this is an accurate list.

And in the end, Biddeford ranks as the worst city to live in Maine for 2021.

If you’re curious enough, here are the best cities to live in Maine:

Where Are The Worst Places To Live In Maine?

Editor’s Note: This article is an opinion based on facts and is meant as infotainment. Don’t freak out we updated this article for 2021. This is our seventh time ranking the worst places to live in Maine.
Share on Facebook