It seems there's more to worry about than angry St. Louis Cardinal fans and trucks with loaded gun racks in Missouri, there are also super dangerous places.

To be honest, the good people of Missouri shouldn't be too shocked. They are, after all, the tenth most dangerous state in the country. Silly fan fights and country folk that want to show off should be the least of the public's concerns. What everyone should be concerned with is where you can live without fear in the Show Me State.

So, if you're currently living in Missouri looking to relocate or are wanting to move to Missouri, RoadSnacks suggest you take a look at our most dangerous places in the Cave State for 2022 before you make any major life decisions.

Why'd we make this list? We did this for the people who don't necessarily want to travel to these places, but want to know the facts. And the facts are as follows: one, the state's violent and property crime is up above the national average and still climbing; and two, the effects of these numbers are continuing to claim many of Missouri's biggest cities. Cities like Kansas City and Springfield just can't catch a break.

How did we do it? We consulted the numbers. In total, we analyzed 110 cities. We looked at the FBI's latest crime report for violent crime and property crime statistics for every place with over 5,000 residents.

So, want to know the places in Missouri where the 'lines are ALWAYS grey' and the locals are hoping for better days? Keep reading.

The Most Dangerous Cities In Missouri For 2022

It's not entirely Missouri's fault. There are close to 6.2 million people inside this flyover state; and in our experience, there's bound to be problems with that many people.

Take a look at the list below to see the rest of Missouri's most dangerous places.

Learn more about the safest places in Missouri.

The 10 Most Dangerous Places To Live In Missouri For 2022

Known as the home of the the Gateway Arch, St. Louis is also a gateway to high crime rates. St. Louis is Missouri's most violent city, recording 6,017 rapes, murders, robberies, and assaults over 2020.

St. Louis stands out by having the second highest murder rate in Missouri by a wide margin, recording one murder about every other day over the year.

Your car isn't even safe in St. Louis, considering 3,221 people had their cars stolen in St. Louis in 2020. And that only represents a fraction of the 17,399 property crimes committed. 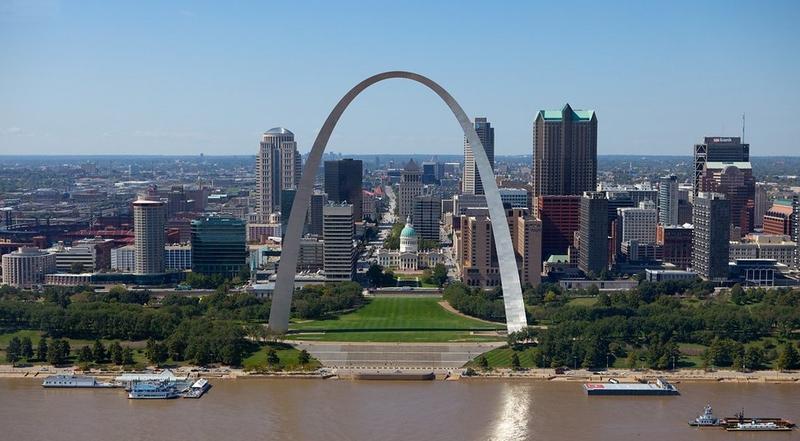 For the third year running, Missouri's third-biggest city, Springfield, ranks as the second most dangerous place to call home in the state. While Springfield didn't rank #1 in violent or property crime, fifth highest place rankings in both categories lands it at the top of this list.

Overall, residents had a 1 in 14 chance of being the victim of a property crime over 2020, so you'll want to watch your wallets and purses when you're strolling around Nathanial Greene/Close Memorial Park.

Hey! We're headed to Nevada! Stack those chips and call the buffets, it's time for one of those "What happens in Vegas, stays in Vegas" type of vacations.

Wait...what? This is Nevada, Missouri. Alright, not the trip we had planned, but it could still be fun. After all, there's a Bushwhacker Museum and a golf course. Kennett is a town of 10,005 folks located in the far southeastern part of Missouri, near the border with Arkansas. This spot, set amid a generally rural part of the state, has one major claim to fame: it serves as the birthplace of singer Sheryl Crow. However, when she comes back home, all she wants to do is avoid getting her stuff stolen.

The community suffers the number 1 highest pace of burglaries in the state. It also sees a frighteningly high rate of violent crimes. This includes 12 sexual assaults -- leading to one of the scariest rates in Missouri. Known as the Live Entertainment Capital of the World, Branson is a popular tourist destination. Having all those random people come and go doesn't do Branson any favors in terms of crime.

In fact, Branson has the highest property crime rate in the state by a wide enough margin to actually give the city the highest overall crime rate -- more than four times higher than the national average.

So watch your pockets after getting a bit tipsy at a show, or you could join the 1 in 12 Branson residents who had their stuff stolen or damaged in 2020. Located just outside of St. Louis, Vinita Park ranks as Missouri's sixth least safe city. Don't let Vinita Park's small size fool you -- having 14 murders in 2020 means that the city actually had the highest murder rate in the state.

Overall, residents had a 1 in 68 chance of being the victim of a violent crime in 2020. We don't envy the workload of the Vinita Park Police Department.

Not only do they have to contend with such high rates of violence, but also Vinita Park's crazy high burglary rate, which ranked as the 14th highest in Missouri. Located on the outskirts of St. Louis, Bridgeton consistently housed fewer than 200 residents in the decades prior to 1950. Then -- boom! -- a massive expansion during the following couple decades.

By 1970, almost 20,000 people lived in a bustling suburb situated on the northwest edge of St. Louis' urban sprawl. Unfortunately, it's been a slow downward trajectory from that peak. Nowadays, the town has 11,521 people and a reputation as the number 7 most dangerous cities in Missouri.

A high rate of larceny contributes to this, with overall 811 property crimes taking place over the span of a year. In other words, you're more likely to have your phone stolen than to lose it over Joplin's Grand Falls.

Overall, Joplin is the least violent place on this list. There is a catch, though, as the city still had the 11th highest rate of rape cases in Missouri in 2020.

Kansas City is used to winning by now, between the Chiefs and the Royals. But getting used to high rates of crime is another matter.

Missouri's biggest city had the fourth highest murder rate in 2020, recording about three per week on average. Overall, residents had a 1 in 63 chance of being the victim of a violent attack over the year.

On the flip-side, the property crime rate in Kansas City is the lowest on this list. And, being a big place, if you stick to Kansas City's safest neighborhoods, you should be fine.

These days, almost everyone has heard of Ferguson. This suburb of St. Louis made national headlines in 2014 when the killing of Michael Brown by a police officer sparked waves of protests and looting.

Unfortunately, the added attention has done little to heal the underlying social problems that led to the unrest. These issues have far from disappeared since the incident faded from people's Twitter feeds. The people of Ferguson still toil in the number 10 most dangerous community in Missouri. Much of the problem centers around property crime. That includes a high rate of car thefts, robberies and burglaries. Methodology: How we determined the most dangerous cities in Missouri for 2022?

In order to make the analysis as apples to apples as possible, we only considered Missouri cities over 5,000 in population. That left us with 110 cities in Missouri.

We then ranked each city from 1 to 110 for the two criteria with a #1 ranking being the most dangerous for the particular criteria.

Finally, we ranked every city on the "Dangerous Index" with the lowest index being the most dangerous in Missouri -- St. Louis. Any ties went to the smaller city. You can download the data here.

Most Dangerous Places To Live In Missouri FAQs

Is Missouri a dangerous state?

Yes, Kansas City is a dangerous city. Kansas City ranks as the #21 most dangerous out of 320 major cities over 100,000 people in the United States based on our analysis of the latest FBI Crime Data. Keep in mind that are always safe and dangerous parts of any city, so even though Kansas City might be considered dangerous you still need to be aware of where you are. For example, Stanford Gardens is the safest in Kansas City, while South Blue Valley is considered dangerous by many based on recent crime stats.

Compared to other big cities, the violent crime rate in Kansas City ranks tenth highest in America -- 188.92% worse than US average violent crime rate. The property crime rate in the ranks 4highest in the United States -- 55.12% worse than US average property crime rate. Note the latest reporting year from the FBI was 2020 and that no city in America is 'dangerous'. Despite the uptick in murders, it's nothing like you'd see in Tijuana or Caracas where the murder rate is 2x any American city.

Graphing The Most Dangerous And Safest Places In Missouri Summary: Locking It All Up In Missouri

The latest FBI crime data shows that St. Louis ranks as the most dangerous city in Missouri for 2022.

We want to point out again that there's still safes places in St. Louis and that this isn't a comment on the people that live there. So please don't beat us up.

It's not entirely Missouri's fault. There are close to 6.2 million people inside this flyover state; and in our experience, there's bound to be problems with that many people.

Take a look at the list below to see the rest of Missouri's most dangerous places.

Learn more about the safest places in Missouri.

Here are the safest cities in Missouri:

Crime By City In Missouri

This article is an opinion based on facts and is meant as infotainment. It is our ninth time ranking the most dangerous places to live in Missouri and is updated for 2022.
Share on Facebook