This article is an opinion based on facts and is meant as infotainment. It is our seventh time ranking the most dangerous places to live in Rhode Island and is updated for 2021.

It appears that there are some things more dangerous in Rhode Island than an angry mob boss and a slow driver on the Providence Parkway. The Ocean State has its fair share of dangerous cities, too.

And since danger is our middle name and data is our game, RoadSnacks created a list of the most dangerous places in Rhode Island for 2021. So, if you’re looking to move to Little Rhody, we suggest you take a look at our list below.

How’d we determine the most dangerous places in the eighth oldest state in the country? We consulted the numbers. In total, we analyzed 35 cities. We looked at the FBI’s latest crime report for violent crime and property crime statistics for every place with over 5,000 residents. We discovered that the state had a combination of 23,000 violent and property crimes for 2021, with property crimes leading the way. High crime also seems to be centered around the fastest growing places in the state. Maybe these places need more police presence? Better rehabilitation programs? We’re not entirely sure, but cities like Warwick and Newport need help now: they are losing their war on crime.

Unfortunately, not every place in Rhode Island can be like the state’s safest city, but the violent crimes committed in the state’s most dangerous places would make most parents keep their children hidden and their doors always locked.

With a population of 179,762, the city reported 892 violent crimes over the course of a year. These included 13 murders and 106 rapes. In addition to this violent streak, Providence has its share of property crimes, with 5,413 such events in a year.

Located in the northern part of Rhode Island, Woonsocket is known for its annual Autumnfest. Unfortunately, with the decline of manufacturing in the region, it’s also known for high unemployment and a high crime rate.

The city suffered 237 violent crimes in a year. With a population of 41,709, that equates to a per-capita violent-crime rate of 568/100k people. That figure puts Woonsocket at highest in the state.

The city has a particular problem with rapes, with 34 such attacks in a year. On a per-capita basis, that puts the city as the highest in Rhode Island for that horrendous crime.

Things are a little better when it comes to property crimes. Woonsocket saw 865 such events in a year. Putting that in terms of the city’s population, that figure amounts to the fifth highest pace for the state as a whole. Burglaries are a problem, however, with the state ranking highest in Rhode Island in that category.

Pawtucket gets its name from an Algonquian term meaning “river fall.” Home of the Red Sox’s minor-league affiliate, it represents the 4th most populous communities in the state, with 72,030 people living within its borders.

That may not sound like much in relation to megalopolises like nearby New York or Boston. But that number of people is enough to give Pawtucket a distinct crime problem. This is especially true when it comes to property crimes. With 1,640 such events in a year, the city ranked second highest in Rhode Island on a per-capita basis.

The city had 293 violent crimes during a year. That includes 57 rapes and 47 robberies. On a per-capita basis, Pawtucket ranked fourth highest for violent crime in the state.

Nestled against Narragansett Bay, Newport has made its name as a renowned seaside resort, home of the famous Newport Jazz Festival. All those tourists must attract a criminal element, however, as the city also ranks as the number 4 most dangerous place in Rhode Island for 2021.

In terms of raw numbers, Newport might not seem too daunting. After all, the city reported just 68 violent crimes and 537 property crimes in a year. However, it’s important to remember that these figures came in an area with a population of only 24,584.

Referencing the crime wave in terms of population, Newport saw a per-capita pace of violent crime of 276/100k people, putting it fifth highest in the state as a whole. This included 19 rapes, giving it the community the third highest per-capita rate in Rhode Island.

With all those rich folks coming in for summer holidays, it’s not surprising that property crime rates are high in Newport. On a per-capita basis, the area had the third highest pace in the state.

Named after a waterfall in the local Blackstone River, Central Falls, Rhode Island, is small but compact. The municipality has just 19,423, but those people are squeezed into an area of less than 1.3 square miles. The result? One of the most densely populated spots in the U.S. – more densely populated than places like Boston, Chicago, or Philadelphia.

Pack all those folks into a tiny area and you’re bound to have some issues. Central Falls provides ample evidence of that, ranking as the number 5 most dangerous spot in Rhode Island. True, the number of violent crimes only totaled 82 for the year and the tally of property crimes only reached 289. But given the small population, those represent significant numbers.

On a per-capita basis, the violent-crime rate in Central Falls is the third highest in the state. 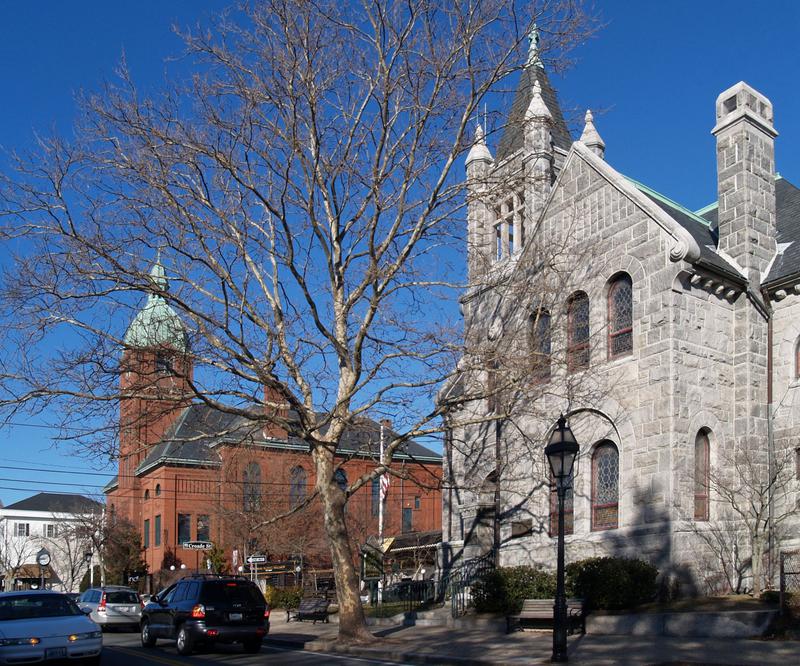 Warren, Rhode Island, has an ancient heritage, reaching back even before European settlement in North America. This historic character doesn’t save the community from the scourges of modern life, however, as the area represents one of the most dangerous spots in the state.

Built on the site of a Pokanoket settlement along the coast of Narragansett Bay, Warren has a population of just 10,419. This relatively small total accounted for 18 violent crimes and 133 property crimes. These figures included 5 rapes, 24 burglaries, and 5 car thefts.

On a per capita basis, this gives Warren the seventh highest violent-crime rate in the state. At the same time, the town’s property-crime rate is tenth highest in Rhode Island. 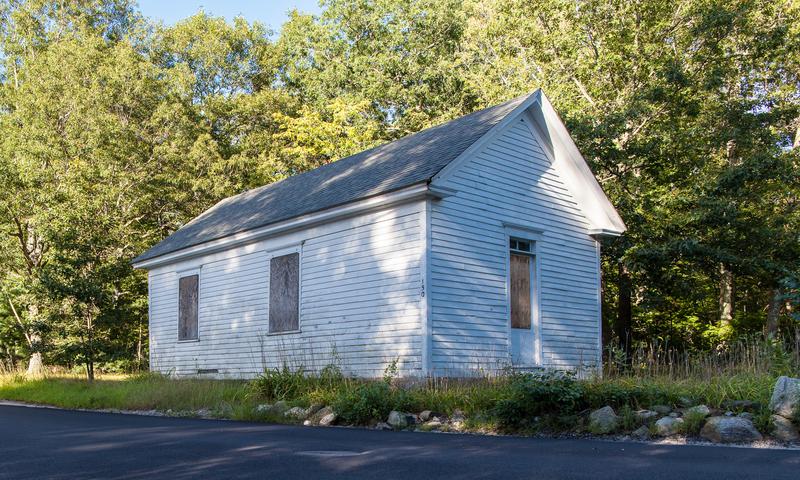 Lincoln, Rhode Island, has a lot going for it. A suburb of the state capital of Providence and located within a short driving distance from Boston, it provides an excellent jump-off spot for the region’s biggest cities. One major problem, though: Lincoln has also imported some big-city issues. Namely, the area ranks as the number 7 most dangerous spots in Rhode Island.

During a year, Lincoln reported 380 property crimes. This included 33 burglaries and 22 car thefts. Those totals might not seem intimidating in terms of raw numbers. But, remember, Lincoln’s population only reaches 21,891. On a per-capita basis, the area sits at sixth highest on the list of highest property-crime spots in the state.

Luckily, violence isn’t as much of a problem. With only 25 violent crimes in a year, Lincoln has the 11th highest per-capita pace in Rhode Island.

Part of the Providence metropolitan area, Cranston, Rhode Island, is more than just a simple suburb. With 81,471 people, the city ranks, on its own, as the 2nd most populous areas in the state. Unfortunately, this size comes with its share of problems. While relatively safe compared to its neighbor, Cranston still ranks as the number 8 most dangerous place in Rhode Island.

This comes as the city reported 127 violent crimes during a year, a total that included 26 rapes. For property crimes, Cranston’s tally reached 1,110. Comparing those numbers to the city’s overall population, the per-capita rate of violent crime equaled 155/100k people, putting it eighth highest in the state. The pace of property crime reached 1,362/100k people, a figure which sits at ninth highest for Rhode Island as a whole.

One of a series of communities surrounding the capital of Providence, Warwick ranks as the number 3.0 most populous city in the state. It also boasts the state’s most important airport.

All in all, this puts Warwick at the relatively tame 13th highest rate of violent crime in the state. Given this figure, you might feel comparatively safe walking the streets of Warwick. But don’t drop your guard entirely. You’ll need to keep an eye on your stuff, as the pace of property crime ranks seventh highest in Rhode Island. 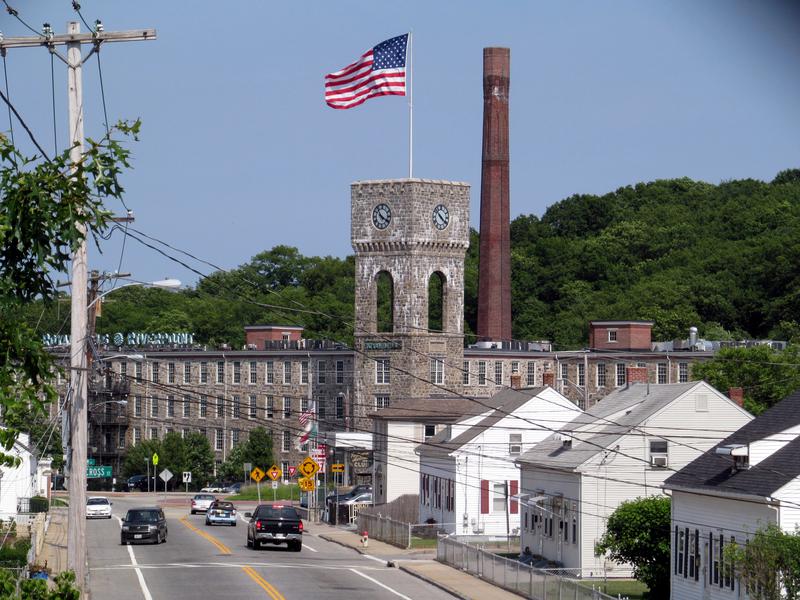 West Warwick exists as part of the outer rim of suburbs for Rhode Island’s biggest city, Providence. As with the other communities surrounding that population center, it has to deal with some of the crime that often radiates out of big urban areas. The result? West Warwick ranks as the number 10 most dangerous place in the state.

West Warwick counted 54 violent crimes during the year. Given that the city has a population of just 28,847, that equates to a per-capita rate of 187/100k people. This puts the city as the sixth most violent community in the state.

For property crimes, things look a little better. The city suffered 238 such events in a year. Comparing this to the West Warwick’s population, the per-capita pace comes in at 18th highest for the state.

Graphing The Most Dangerous And Safest Places In Rhode Island How we determined the most dangerous cities in Rhode Island for 2021?

In order to make the analysis as apples to apples as possible, we only considered Rhode Island cities over 5,000 in population. That left us with 35 cities in Rhode Island.

We then ranked each city from 1 to 35 for the two criteria with a #1 ranking being the most dangerous for the particular criteria.

Finally, we ranked every city on the “Dangerous Index” with the lowest index being the most dangerous in Rhode Island — Providence. Any ties went to the smaller city. You can download the data here.

Read on for a detailed look at the 10 most dangerous cities in Rhode Island.

Locking It All Up In Rhode Island

The latest FBI crime data shows that Providence ranks as the most dangerous city in Rhode Island for 2021.

We want to point out again that there’s still safes places in Providence and that this isn’t a comment on the people that live there. So please don’t beat us up.

Why did we produce this list? Well, one goal is to definitely help people navigate these dangerous cities when trying to make an informed decision on what city they should call home. And, secondly, because everyone wants to know the dirt. You know, the type of stuff that will get you on Westerly’s WPRI at six.

And if you want to see the other places in Rhode Island that you should avoid, take a look at our list below; if you don’t find everything you’re looking for there, head to the bottom.

Learn more about the safest places in Rhode Island.

Here are the safest cities in Rhode Island:

The Most Dangerous Cities In Rhode Island