Here’s what’s interesting about Virginia: It’s towards the back of the pack when it comes to alcohol consumption per capita. Residents average 20 beers each a year.

The divorce rate is somewhere in the bottom, too. Maybe that’s because Virginia is for lovers.

Bravo, Virginia. Especially when you consider that right next door to the 2nd drunkest place in the nation (D.C.)

After analyzing all cities with a decent amount of people in them, we came up with this list as The Drunkest Cities in Virginia. The gang at Miller’s Downtown, Charlottesville, VA. From their Facebook page.

No surprises here if you’ve ever spent time at the University of Virginia. There are bars and restaurants up and down Main Street here. You can just about stumble into a bar around every corner downtown.

Some people probably do just that.

In fact, there are almost more bars per capita than anywhere else in the state of Virginia.

When you factor in the amount of drinking on campus (Colleges.com gave UVA an A+for its party scene), you can see why Charlottesville ‘won’ this whole thing. For such a little place, there are lots of places to take part in some real buzzy activities in Winchester.

And when you factor in one of the highest divorce rates in the state, it’s pretty clear that lots of people here are getting bleary eyed more often than not.

Winchester is along I-81 on your way to/from West Virginia. The gang at Peabody’s Nightclub, Virginia Beach, VA. From the Facebook page

There are more bars in Virginia Beach than anywhere else in the state. But because there are so many people there, Virginia Beach ranked lower on this list. Remember, we’re talking about drinkers per capita, people.

Virginia Beach led the way with drunk Tweets as well. This one is pretty good: Would you have guessed that Fredericksburg has more bars per capita than anywhere else in Virginia? It’s true. And more than a handful of liquor stores as well.

At last count, there were three breweries here as well along I-95 south of Alexandria. But we’re pretty sure all the folks in Fredericksburg know all of the back roads. Bristol’s city motto is: “A Good Place To Live.” Does having lots of bars per capita mean a good place? Perhaps. Depending on what you do on the weekend.

While not overwhelmed with an abundance of booze, Bristol has plenty per person. There are lots of chain restaurants that specialize in their booze, and right next door, there are plenty of bars in Bristol, TN.

Since this smallish town is right along the Tennessee state line, there might be lots of moonshine moving across the border here as well. 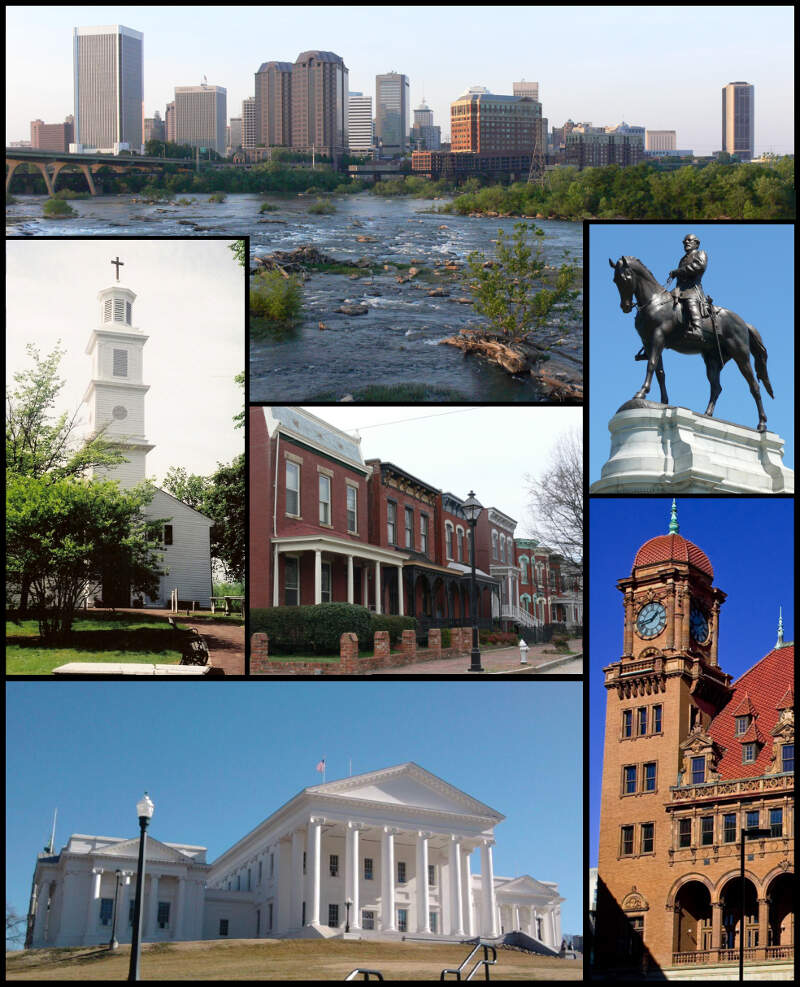 There are at least 10 breweries in Richmond, and simply a ton of bars, wine bars and liquor stores in and around downtown. Considering the amount of consumption that’s occurring at VCU as well, this place really knows how to whoop it up.

We heard about lots of people drinking and driving in Richmond via Twitter, including a drunk woman who was streaming live video while driving. Did you know there are at least 6 breweries in Leesburg? About 2 or 5 beers northeast of D.C., the people in Leesburg have plenty of opportunities to get drunk at bars as well.

What’s interesting about Leesburg is the divorce rate is so low. It’s a fairly wealthy community, so perhaps people with more money are able to keep things together easier.

There were a fair amount of drunk Tweets coming from Leesburg. This is a gem:

Holy Matrimony, Roanoke! It says, ‘Till Death Do Us Part’ for a reason. 1 in 6 residents here is divorced, which is just about as high as you’ll see in Virginia.

We’re not saying that all of the marriages here were wrecked by booze. However, when one or both partners in a marriage are alcoholics, the marriage is three times more likely to end. Just where is this tiny town with booze up the wazoo? Abingdon is way down I-81 near Tennessee.

Here, there are the 3rd most bars per capita in the state, and the 2nd most liquor stores in VA.

Here’s the deal with Arlington: It has a ton of places to get hammered, but they seem to be really responsible drinkers. The divorce rate is low, and the income levels and other economic factors are also pretty stable.

Being so close to D.C. (the 2nd drunkest place in the nation) also means there might be some spillover (literally) into the Arlington area.

But bravo to Arlington, for showing the rest of us that you can have your cake and eat it too.

If you’re measuring the locations in Virginia where there are a high number of divorced people, bars and liquor stores, and where people are talking about drinking the most often, this is an accurate list.

We also wrote about the 10 Worst Places In Virginia if you didn’t read it yet.

Desktop users: Here’s a complete chart with the drunkest cities in Virginia, along with their divorce rates: