So, using some data crunching, we should be able to measure where the most Trashy communities in the state of Michigan are actually located.

After pouring over data, watching too many fist fights and perusing illiterate Facebook comments, we’ve determined these are the most Trashy cities in Michigan:

Time to take some meth and stay up all night with us as we go through the cities one by one. And before you say we’re some kind of reverse racist, you can also check out the most Ghetto city in Michigan.

How we determined the most trashy cities in Michigan?

If You’re From Michigan This Will Be The Most Jaw-Dropping Thing You See Today. Guaranteed.

Simple, right?
We limited the analysis to non-CDPs that have over 5,000 people.
Then, we ranked each place from 1 to 123 for each of the trashy criteria.

In the end, Warren ended up being the the most trashy city in the Wolverine State. Toss back a Budweiser, suck down another Camel, Warren, cause you’re the whitest trash of all in Michigan.

The 586 ranks in the top 10% for several categories, including the number of residents on welfare, the most amount of high school dropouts, as well as a high methadone clinics per capita.

Don’t laugh, Troy. You weren’t too far out of the top 10 yourself. According to online forums, J-Town is filled with slums and disgruntled meth head Lions’ fans. Hey don’t shoot the messenger!

The Jacktown Hustlers rank in the top 5 for three separate trashy metrics, including a number of aggravated assaults, and for poor, white single mothers on welfare.

Here they have their own set of trashy problems. According to online forums, they truly do whatever they want in this town. If you live here, there’s a good chance you’re makin’ meth. Meth-related arrests are on the rise in this ‘little piece of heaven’ in the 517. Huffin’ ain’t easy people. T-town is located just off the 94 downriver from Detroit.

According to online forums, Taylor has a major drug problem. Even the river rats are doing heroin, here. Trashy river rats? That should be a reality show for sure!

You know you’re from Wayne County if you’re hangin’ at one of your 15 bowling alleys and you send your best friend to the party store to get cigs and he calls 30 minutes later to tell you he’s going to be a little late cuz he got his mullet caught in the fan blade of his ‘79 Camaro.

Tomorrow is another day, Taylor. Chances are, if you and your kid(s) moved in with someone after just two dates, than you might be from Bay City. (A.k.A. Bay Shitty)

This city ranks fifth in the state for aggravated assaults (meaning drunken fist fights). And in pure trashy form, when it comes to fightin’ over that week’s favorite meth head, you better believe it will be handled bare knuckle to bare knuckle in your trailer’s front yard. Just please, please, watch out for the car on cinder blocks, and the crapper, and the broken down mower.

And if you ever get your mower fixed, make sure you ride on downtown for your next Trashy bar crawl. They have great specials on Busch Light. Owosso is located off the 96 just northeast of Lansing.

O-town ranks in the top 5 for three separate trashy metrics, including number of aggravated assaults and for poor, white single mothers on welfare.

When it comes to defining proper trashy etiquette in this town, always remember the cardinal rule: You need to be careful what you say in 989 because someone might come over and pop the wheels on your house. Or was it, you mess with me, you mess with the whole trailer park? So confusing. That’s what happens when you try livin’ the O-town Way: 24 beer cans, 24 hours in a day. Genius.

And if you’re a Shi-County dead-beat dad named Rick who snorts Tylenol (because he can’t afford adderall), and you moved to Flint with your sister’s best friend, you might be from Owosso. Located off the 69 just North of Indiana is Coldwater, Michigan. Here there a large number of people who live on disability, or work at one of the Dollar Stores in the area. Just because you shop at the local dollar stores does not make you ‘country chic,’ C-town, it makes you trashy. Located in the southeast corner of Michigan is Adrian.

This cowtown is definitely one of the “whitest cities” on our list. The number of drug-related crimes and aggravated assaults, combined with the high number of poor dropouts, makes this trashy central for Lenawee County.

Is that Ricky Bobby’s kid? Fair question, A-town. They have the most black and white checkered flags with 7 tracks close by. But, don’t get your boxers in a bunch, we know the three things you don’t mess with in trashy land: racin’, drinkin’, and makin’ meth. And if you live in the 517, there’s a good chance you ain’t racin’, you’re makin’ meth.

Hey Lenawee County, stay classy and keep it trashyy. Otherwise we won’t have anything to write about. 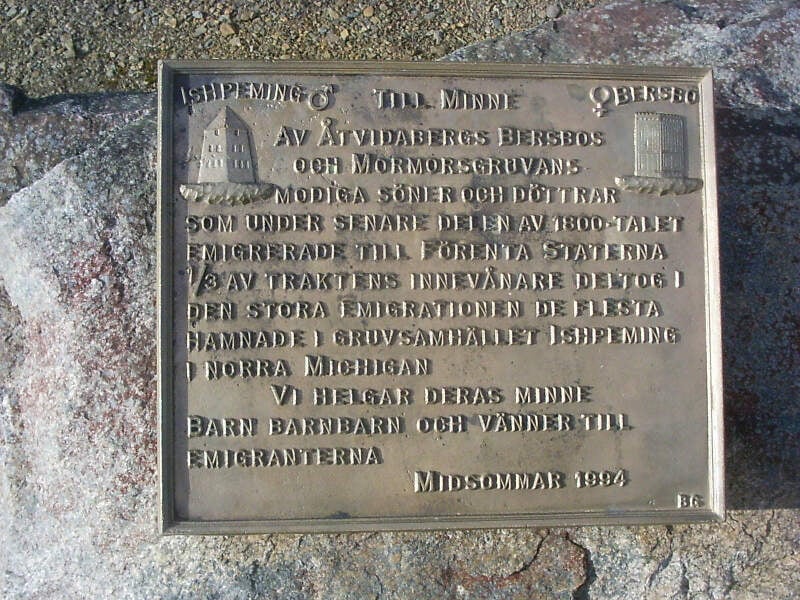 Ishpeming is located in the middle of Michigan’s Upper Peninsula. And, this UP city comes in eighth on our list. This number, however, doesn’t reflect the high number of mullets (is it a mullet, a perm, or merm, Ishpeming?), shag haircuts, bangs teased out like it’s 1990, and the number of people who wear pajamas to the local Dollar Store.

Here, if these Yoopers don’t have ‘Mountain Dew’ Mouth (AKA meth mouth) they’re not doing it right. The townies have more tattoos than teeth. If the Marquette County peeps weren’t spending so much on meth, the dentists in this place would be making a fortune.

And word on the street, they are down with O.P.P. – other people’s pills. They are 15th in the state for drug use. Nothin’ says trashy like a good ‘ol ass whoopin at a Walmart. You just might see that in Alpena on the first of the month.

In A-town, when they say they have their G.E.D. it means they “got every drug”. They have more pill mills than pastie shops. Who needs to eat when you’re poppin’ pills. Smoke the weed, townies. Get the munchies. Rounding out the list of the ten most trashy cities in Michigan brings us to Port Huron. This is where the high class trashy live. You think you’re ‘all that’ with 9 Dollar Stores, 4 Bowling Alleys, and a Walmart SuperCenter to wear your pajamas, swimsuits, and wife beaters to.

Obviously, P-Town, is home to the high class trashy. It‘s a lifestyle, here. It’s not everyday you become the home of the ‘Meth-Sandwich’ and the ‘Black Tar Heroin.’ So fancy.

With all the meth smoke, cig smoke, heroin fumes, and pill mill pollution, St. Clair County might single-handedly be responsible for global warming.

Is that heroin, meth, or snow in the 810? Fair question P-town. St Clair County could use a hug.

If you’re analyzing cities in Michigan with lots of angry welfare recipients, an strange number of bowling alleys, consistent drug busts, and where people have lots of options for payday cash loans, this is an accurate list.

If you’re curious enough, here are the least trashy places in Michigan:

For more Michigan reading , check out: