Arkansas is known as the “Natural State”, and it’s often easy to see why: there’s an absolute abundance of natural scenic beauty, clear lakes and streams, and fascinating wildlife.

These are the places you don’t want to end up for reasons like high crime and unemployment rates, along with lack of access to quality education.

However, according to data (which doesn’t measure things like beauty and ‘friendly people’), there are far better options in the state for making a place home. And the worst place to live in Arkansas? That would be West Memphis. 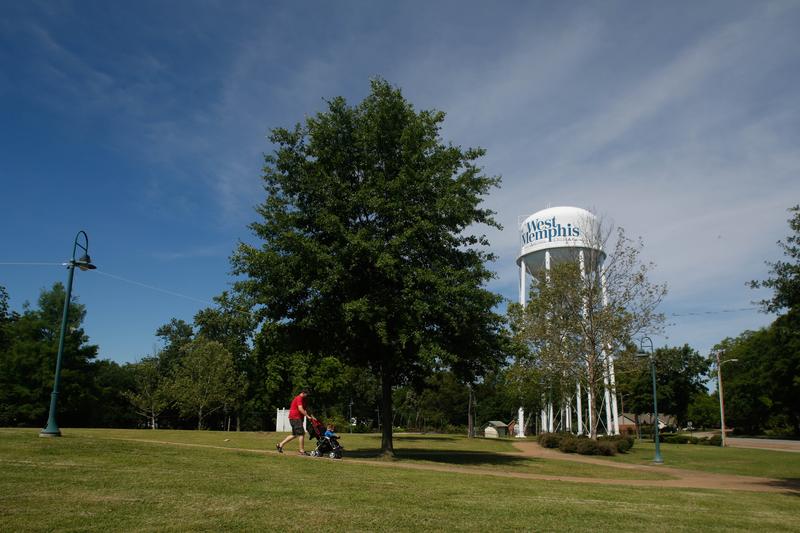 You’ll find West Memphis right by the Arkansas-Tennessee border. If you’re smart, you’ll keep driving until you make your way out of this city. We wouldn’t be shocked if its 24,823 residents were right behind you too.

People often associate a larger population with a thriving metropolitan area that is rich in opportunity. West Memphis offers neither of those things, except plenty of people to share your sorrow. The area has a dismal 9.9% unemployment rate, which is probably part of the reason 9.0% of its population is on food stamps. To top all of that off, the city ranks 2nd in the state for highest levels of violent crime and is also one of the most dangerous cities in Arkansas.

There’s not a lot near Helena-West Helena and unfortunately, the city itself isn’t much of a hot spot either. Even if the area did have plenty to offer, residents would have a hard time affording any of it given that the city has the 2nd highest unemployment rate in the state.

The people here who do have a job are barely better off than those without pay. The median household income here is only $22,177. A bleak figure that may have something to do with the fact that 20.0% of the adult population dropped out of high school. Yikes. Let’s hope this city that was once known for its blues community can get back some of its former glory in one way or another. While the median household income in Osceola is higher than other towns on this list, causing it to be lower down on the list of “worst cities”, Osceola still has the worst unemployment rate in the state, as well as the 4th worst crime index.

Therefore, though the average Osceola household brings in a higher income, there are fewer people working here than in other cities across the state. It doesn’t help that everyone has to be constantly worried about crime, either.

Next on our list is Newport. This community of 7,616 ranks highly for all the wrong reasons.

The area is 1st in the state for lowest median home value. An accomplishment that makes sense considering no one is getting much for their money when they decide to sell here. The median home value in Newport is a just $72,500.

Things aren’t a whole lot better when it comes to how much money families are bringing in either. The city has the 3rd lowest median household income in Arkansas. Luckily for residents though, the area is at least affordable. The overall cost of living score here is 78, where the US average is 100.

History buffs may enjoy seeing the many historic buildings Camden has on display, but they certainly won’t want to put down roots here.

According to the data, life in the city is grim for anyone who has chosen to stick around. A staggering 31.8% of residents live at the poverty level. A figure that is hard enough to wrap one’s mind around. Yet, on top of that, 9.2% of people here are on food stamps too.

The final factor for those questioning whether to move on from this place seemingly devoid of growth should be that Camden also has the 2nd lowest median household income in Arkansas.

Blytheville is the kind of place that has it bad all around. Not only does the city have economic problems like its 9.5% unemployment rate, which happens to be the 7th highest in the state, it’s also a hotbed of crime.

In the 2019 data year, lawbreakers committed 109 violent crimes. The real kicker though is that 10 of those were murder.

The city’s one redeeming quality may be that those who get out alive, seem to do well. It’s been home to a decent number of big names, including the famous
football coach Fred Akers. Coming in as the 7th worst place to live in Arkansas is Warren, a city with hardly anything to offer. However, its population of 5,646 didn’t do itself any favors by throwing education out the window. Of the adults here, 22.0% dropped out of high school.

A decision that has surely contributed to the high rates of hardships here, such as 11.4% of people being on food stamps and 29.8% living at the poverty level. Hopefully, teenagers currently residing in Warren realize they have the power to chart a different path for themselves.

Unlike other areas on this list, El Dorado has a decent number of upsides, like a community college and numerous arts and culture sights.

It’s also slightly better economically. Slightly being the key word. The city’s median household income of $42,595 is higher than other places but nothing to get excited about. The median home value is better here too, but again, not by much. It comes in at $88,600.

Plus, residents have the added worry of how they’re going to protect their property. Criminals here were busy in the 2019 data year, causing the city to rank 4th in the state for the highest rates of property crime. For a city as bustling and popular as Hot Springs, it’s disappointing to say the least that it ended up on this list. But the data doesn’t lie and it’s lackluster for this community.

Residents here have a median household income of $37,552, which is bad enough. Then, the area adds insult to injury with a median home value of $122,900. Talk about stretching your budget.

Putting a roof over your head isn’t the only thing you may struggle with here. Safety is a problem too. Hot Springs has the 2nd highest rates of total crime in Arkansas.

At least residents can briefly melt their worries away at one of the city’s celebrated spas.

About 30 minutes away from Hot Springs is Malvern. Though it might be known as “The Brick Capital of the World,” it’s certainly not a top relocation destination.

In fact, the people who currently live here are probably planning their escape right now. First, however, it’s likely they’ll need to round up some extra money for their move. The median household income here is only $33,549.

And if residents are able to get out, fingers crossed employers in their new home care about their workers. The ones in Malvern definitely don’t, given that 10.4% of people here don’t have health insurance.

Cheapest Places To Live In Arkansas

Furthermore, only cities with at least 5,000 people were considered — leaving 62 cities.

We then ranked each city from 1 to 62 for all the criteria with a #1 ranking being the worst for the particular criteria.

Finally, we ranked every city on the “Worst Place To Live Score” with the lowest score being the worst city in Arkansas — West Memphis. Read on for a detailed look at the 10 worst cities in Arkansas. You can download the data here.

Wrapping Up The Worst In Arkansas

If you’re looking at areas in Arkansas with the worst economic situations, where there’s higher than average crime, and not a lot to do, this is an accurate list.

And in the end, West Memphis ranks as the worst city to live in Arkansas for 2021.

If you’re curious enough, here are the best cities to live in Arkansas:

Where Are The Worst Places To Live In Arkansas?

Editor’s Note: This article is an opinion based on facts and is meant as infotainment. Don’t freak out we updated this article for 2021. This is our seventh time ranking the worst places to live in Arkansas.
Share on Facebook
Rankings, Worst arkansas