When you think of Washington, you normally think of Seattle, rain, and beautiful mountains.

What you don’t normally think about are the potential stink holes that are around the mountains.

So we dug in and did the dirty work for you to figure out where the worst places to live are in the Evergreen State.

The following are the worst, not so evergreen places in Washington:

The 10 Worst Places To Live In Washington For 2021

However, according to data (which doesn’t measure things like beauty and ‘friendly people’), there are far better options in the state for making a place home. And the worst place to live in Washington? That would be Shelton.

The 10 Worst Places To Live In Washington For 2021

Built along Oakland Bay in the northwest portion of the state, Shelton sits on the same interconnected waterway as Tacoma and Seattle. However, the geography of the area leaves the town somewhat isolated, with an hour and a half drive necessary to travel to state’s biggest metropolis.

The result? An economically limited community located in an otherwise picturesque part of the region. Sure, a quick ride will get you to the Olympic National Forest. That makes for a nice day trip…but day-to-day life stays a struggle.

As proof, just look at the poverty rate. Stats show that 26.9% of the town’s 10,167 residents scrape by below the poverty line. Safety, education, and affordability present problems as well. You can tell a lot about Ocean Shores from its name. Yep, you guessed it: the town sits along the ocean shore. In fact, it provides the gateway to the Grays Harbor.

As a result, you get the gorgeous views you’d expect. Check out Ocean Shores beach or the Oyhut Wildlife Recreation Area for a taste of what the area has to offer.

Unfortunately, this great location comes with a cost. First, its isolated placement limits the amenites available. Second, competition for housing has driven real estate prices beyond the means of many of the locals. To put it in terms of hard numbers, the median home price of $233,300 compared to a median income of $46,144.

A sluggish economy and high housing costs haunt this southern suburb of Seattle. Despite the nearby city (a 15-minute drive takes you to the heart of the action), opportunities remain spotty in Tukwila. As a result, the unemployment rate sits at 7.6%.

This lack of jobs hasn’t stopped financial pressures from Seattle from impacting real estate prices. The median home price in Tukwila comes to $315,000, a difficult mortgage to cover when the median income runs a level of $58,097.

Still, Tukwila has a lot to offer. Check out the Museum of Flight to get a hint at the attractions in town. Aberdeen served as the birthplace of tragic rock star Kurt Cobain. Now that you know that bit of trivia, is it surprising that the place gets a little depressing?

Dependant on the timber and fishing industries, this coastal town in the northwest part of the state supports a lackluster economy. An elevated unemployment rate and a sluggish median income leaves nearly a quarter of the population below the poverty line. There are also issues related to high crime rates and underperforming schools.

Still, not everything in town calls for a Nirvana soundtrack. There are lots of parks, lovely waterfront scenary, and the Aberdeen Art Center. And, yes, you can head over to the Kurt Cobain Under the Bridge Memorial. Sitting along I-82 in the south-central part of the state, Union Gap sits near the Yakima Indian Reservation. This makes it a key travel stopover, as well as a local cultural center, with attractions like the Central Washington Agricultural Museum.

Unfortunately, Union Gap is also the site of crippling poverty. About a quarter of the town’s 6,163 residents get by below the poverty line. As you might guess, this limited tax base also impacts civil services. Crime runs almost 300% above the national averages and the local schools can’t score better than a 6/10 on Great Schools. Centralia was the site of an infamous massacre in 1919 and now it has massacred the competition when it comes to being the worst place to live in Washington.

The mix of extremely high unemployment and crime is a winning combination to end up high on our list of worst places to live. Centralia resides in the worst 10% of both categories.

On the plus side, those who do a job have a relatively short commute to work as the median commute time for people in Centralia is the top 20% of places in Washington. Grays Harbor is a rough spot. It’s like the biker bar of coastal waterways in the Pacific Northwest. Three cities along the harbor make this list, including Hoquiam. This suburb of Aberdeen suffers from a weak economy, housing issues, and a high crime rate.

Let’s look at the economy. The community supports a median income of $45,667 and a poverty rate of 14.6%. Safety concerns also weigh on the region, with a crime rate more than 30% the national average.

Despite these issues, Hoquiam still provides its benefits. A beautiful view, tons of parks, and a smattering of local history. Moses Lake sits along its namesake body of water in the middle of the state. Isolated from other major metropolitan areas, this town of 23,056 people represents an important regional center.

With the lake and the surrounding countryside (the Moses Lake Mud Flats and Sand Dunes are also nearby), it’s a gorgeous place to live. Well, gorgeous to look at. The living part is kind of hard.

The trouble largely comes from area’s economy, which leaves 11.9% of the population below the poverty line. Also, home prices make it difficult for many locals to make rent. The median home value sits at $164,700, compared to a median income of $51,272. 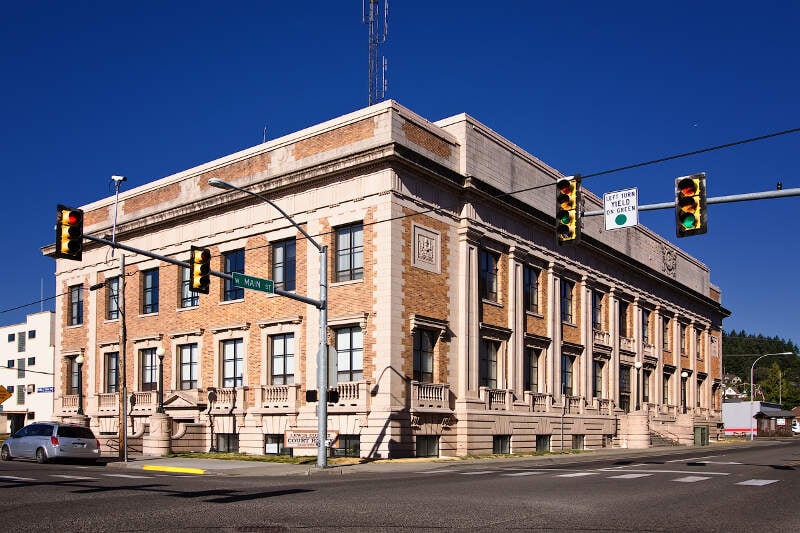 Chehalis started life as a railroad town. Now, it straddles I-5, on the road between Portland, Oregon, and the state capital of Olympia. That makes it a good spot to pump some gas and maybe grab a little fast food on your way out of town. But you might not want to stay very long.

The problem? Well, the economy in Chehalis leaves a lot to be desired, with an unemployment rate of 9.9%. At the same time, the crime rate tracks at more than double the U.S. standard.

There are some things to do in Chehalis. Head over to the Chehalis-Centralia Railroad & Museum to get a glimpse of those original railroad days. This suburb of Tacoma is located within the Puyallup Indian Reservation. Bucking the trend of most of the towns on this list, Fife actually supports a strong economy, with an unemployment rate of just 4.5% and a respectable $66,144 in median income.

So how did this thriving community end up as one of the worst locations in Washington? Two words: crime and affordability. The cost of living in the area runs 30% above the U.S. norm. Services, groceries and health care are all significantly more expensive than other parts of the state. The median home price comes in at $288,500.

Best Cities For Singles In Washington

Furthermore, only cities with at least 5,000 people were considered — leaving 120 cities.

We then ranked each city from 1 to 120 for all the criteria with a #1 ranking being the worst for the particular criteria.

Finally, we ranked every city on the “Worst Place To Live Score” with the lowest score being the worst city in Washington — Shelton. Read on for a detailed look at the 10 worst cities in Washington. You can download the data here.

Wrapping Up The Worst In Washington

If you’re looking at areas in Washington with the worst economic situations, where there’s higher than average crime, and not a lot to do, this is an accurate list.

And in the end, Shelton ranks as the worst city to live in Washington for 2021.

If you’re curious enough, here are the best cities to live in Washington:

Where Are The Worst Places To Live In Washington?

Editor’s Note: This article is an opinion based on facts and is meant as infotainment. Don’t freak out we updated this article for 2021. This is our seventh time ranking the worst places to live in Washington.
Share on Facebook