Advertisement
This article is an opinion based on facts and is meant as infotainment. Don’t freak out.
Swipe left for slideshow. Article continues below.

According to a recent Washington Post study that ranked the intelligence of all 50 states, Michigan is the 21st smartest state in America – not too great, but not too bad either.

But some of Michigan’s cities are making the state seem dumber than it really is.

After crunching the numbers, we came up with this list of the ten dumbest cities in the Wolverine State:

How we determined the dumbest cities in the Wolverine State

In short, we came up with these criteria to determine the dumbest cities in Michigan:

Note: We only looked at cities with populations greater than 5,000, leaving us 149 cities in Michigan to rank. We also looked at the graduation rates of the entire population, not the current rates for high schoolers.

Located in the southwestern part of Michigan, Benton Harbor unfortunately ranks as the dumbest city overall in the state.

Benton Harbor has the second highest rate of uneducated adults in Michigan, with 28.3% of residents over the age of 25 lacking a high school degree.

The up-and-coming generation also heavily contributes to Benton Harbor’s #1 ranking; with 17% of teenagers dropping out of high school each year, Benton Harbor’s dropout rate is more than four times higher than the average for Michigan cities with populations over 5,000. Located just 30 miles north-northwest of Detroit, Pontiac’s economy used to be based on manufacturing cars, but the population and the economy have been dwindling since the 1980’s.

Apparently a lot of the intelligence has also left the city, as Pontiac ranks as the second dumbest place in all of Michigan.

23% of adults living in Pontiac lack a GED, which is more than twice as high as the state average.

Teenagers in Pontiac are also dropping out of high school at more than triple the rate as the rest of Michigan, with nearly 15 of every 100 Pontiac high schoolers opting out of basic education. 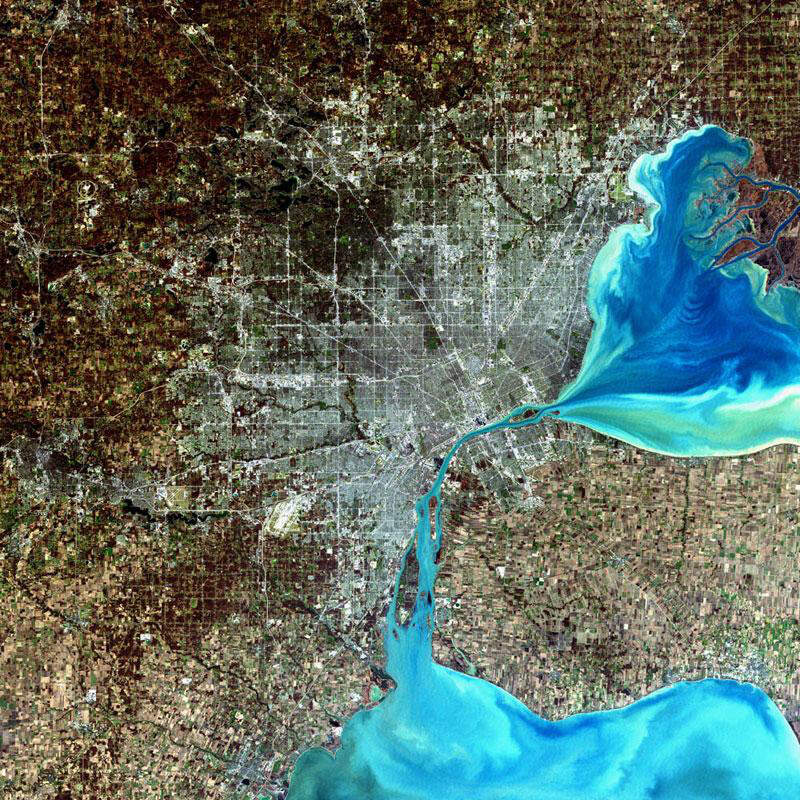 This city tried so hard and got so far, but in the end it didn’t even matter; Lincoln Park is still the third dumbest city in Michigan.

Located just southwest of Detroit, Lincoln Park has both the eleventh highest rate of uneducated adults and the 11th most teenage high school dropouts in the state, making it a fairly dumb city overall.

About 2 in 10 of Lincoln Park’s adult residents lack a high school diploma and, even more worrisome, 11.3% of the city’s teenagers are dropping out of high school each year.

Hamtramck is almost completely surrounded by Detroit, which ranks a little lower on this list.

The city has the highest rate of uneducated adults anywhere in Michigan, with just about 1 in 3 residents over the age of 25 lacking a high school degree.

While the current dropout rate for Hamtramck’s teens isn’t as bad as the other cities in the top five, it’s still more than twice as high as the state average.

Located in the west-central part of Michigan, Muskegon Heights ranks as the fifth dumbest city in the state.

19.1% of adults living in Muskegon Heights lack a GED, which is part of the reason it ranks so high.

The bigger factor, though, is the fact that 11.3% of the city’s teenagers are dropping out of school each year, which is just about three times higher than the state average.

Everyone knows Detroit has had plenty of issues in recent years; bankruptcy and a very rapid exodus of people leaving the city have left the city in a shaky position.

So it’s no surprise that Detroit hasn’t been doing great in terms of education either; the city has the seventh highest rate of uneducated adults in Michigan, with 22.2% of residents over the age of 25 lacking a high school diploma.

On top of that, the current high school dropout rate for teens in 9.5%, well worse than twice as bad as the state average. Just a short drive southwest of Detroit, Taylor is the seventh dumbest city in the state of Michigan.

Taylor’s high school dropout rate for teenagers is even worse than Detroit’s. With 12.5% of high school students dropping out each year, Taylor’s dropout rate more than triples the state average and ranks as the ninth highest rate in Michigan.

Also, about 17 of every 100 adults living in Taylor never completed high school, which gives the city a pretty poor smartness score overall. The city’s dropout rate is more than quadruple the state average, with 18 of every 100 teenagers opting out of basic education each year.

The rate of uneducated adults is also 4.6% higher in Mount Clemens than the Michigan average, but it’s still the lowest rate on this list. Jackson, a city about 35 miles south Lansing and 40 miles west of Ann Arbor, ranks as the ninth dumbest city in Michigan.

Just about 16 of every 100 adults living in Jackson lack a GED, and about 1 in 10 teenagers drop out of high school in Jackson each year.

Saginaw is the least stupid city to make this list.

Saginaw does have the lowest teenage high school dropout rate on this list, ranking 29th worst out of the 149 Michigan cities we looked at data for.

But in terms of uneducated adults, Saginaw has the ninth highest rate in the state, with 21.3% of residents over the age of 25 lacking a high school education.

If you’re measuring the locations in Michigan where there are a high number of teenage dropouts and adults who never received a formal education, this is an accurate list.

All five of these cities are suburbs of Detroit. The first four cities are located in Oakland County, and Grosse Pointe Woods is in Wayne County. So that’s where you want to head if you’re looking for the intellectual crowd in Michigan.

Other notable cities: Michigan’s capital, Lansing, ranked as the 23rd dumbest city in the state, with a teenage high school dropout rate 2.5 times worse than the state average.

Grand Rapids was close behind Lansing, ranking as the 25th dumbest city in Michigan with a much lower teenage dropout rate than the capital, but a higher rate of uneducated adult residents.

Ann Arbor ranked as the 13th smartest city in the state.