Unfortunately, not every square inch of Michigan is created equal, and there are plenty of cities in Michigan that aren’t very exciting to reside in, primarily because their residents are on the dull side.

Fortunately, there are always more exciting folks within a 30-minute drive of nearly any spot in Michigan (tough break if you live in the U.P.), so all is not lost if you happen to find yourself bored to tears by people from Michigan’s most boring locations.

How we determined the most boring places to live in Michigan

Read on below to learn more about the cities with the most boring residents in Michigan.

For this list, we used every Michigan city that qualified for our rankings based on having a population of at least 10,000 residents. Frankly, it’s the only way we could think of to avoid having THREE Grosse Pointe municipalities on the list of the top ten. You know that vacant stretch of greenery between Southfield and Birmingham? Neither do I, but apparently, that’s called “Beverly Hills.” Almost fittingly, this Beverly Hills is the Bizarro World version of its 90210 twin. It ranks second in Michigan in residents over 35, fourth in percentage of homes occupied by married couples, and 13 in number of households with children.

But for the fact there are so many households in Beverly Hills with children, the city’s average resident age of 43 would actually be even higher, and that is still enough to rank Beverly Hills seventh in Michigan in terms of highest average age.

Let it be a lesson to you, when the most exciting thing about your city is its high school’s swim teams, you’re in trouble. Troy may seem like a surprising entrant on this list, but that’s only the case if you are enthralled by office buildings and malls for filthy rich people. This is why we’re here for you; we cut through the popular perception and give you the straight dope.

Troy ranks second on this list for one major reason, and that’s because it has the second highest percentage of married households in all of Michigan. And, even though we may popularly think of these people from Troy as young professionals, their average age is still over 40, and 40 percent of Troy’s households have children.

So, the next time you’re walking through Somerset Mall, you’ll be able to recognize the actual Troy residents by the strollers they’re pushing.

To top it off, Norton Shores’ population density is also the fifth lowest in Michigan. In other words, not only are folks in Norton Shores organically boring, but they can’t even complain about each other in person without getting in the car first.

One underrated aspect to Rochester Hills’ dullness is that it’s a partial gateway to Oakland County’s northern townships, which is truly where all excitement goes to die.

Therefore, Rochester Hills is really for people who are sort of on the fence about embracing their boring natures, but aren’t fully committed to it. Hopefully, occupying the number four spot on this list will help them come to terms with just how boring they can be. Livonia’s spot at number five is all about being old.

Livonia has Michigan’s third highest population percentage over 35, and the fourth greatest percentage of households with residents over 65, along with Michigan’s fifth highest average resident age.

I could not confirm that Livonia’s restaurants rank first in senior discounts honored, but let’s just say it’s worth investigating.

It’s only in this kind of environment where you can tear down two malls, replace them with a Target and a Kohl’s, and have it actually seem like an acceptable idea. You knew this was coming, right? Grosse Pointe is the Detroit area’s classic poster child for being old, rich and dull. Like I said earlier, if the population requirement for this list wasn’t set at 10,000 residents, the rest of the Pointes would be on this list, too. FACT.

Grosse Pointe Woods has the second highest average resident age of cities that qualified for our list, along with the second highest percentage of households with residents over 65. Again, nothing makes a city seem boring quite like having old folks living there.

Believe it or not, Grosse Pointe was so boring that John Cusack refused to film “Grosse Pointe Blank” there for that very reason. Okay, I made that last part up
at least I think I did. Let’s just say it certainly didn’t help. Ladies and gentleman, I give you Michigan’s oldest city residents. Trenton ranks first overall in Michigan resident age by any meaningful calculation. Percentage of population over 35? First. Households with residents over 65. First. Average age of all residents? First.

In fact, the only thing keeping Trenton from being first overall on this list of boring cities is the residents are so old that none of them have kids anymore.

Living in Trenton is like being in a Florida retirement community, only without all the excitement.

Frankly, the best thing Trenton has going for it is that it isn’t Trenton, New Jersey, which has been named one of America’s most dangerous cities on multiple occasions.

Trenton’s residents may be boring, but at least they’re not going to mug you
even if it would be a nice change of pace. Farmington Hills is where you live when you don’t even want exciting people anywhere near you. That’s why you opt to live far away from malls, major movie theaters, nice restaurants, or anything else that can possibly cause excitement.

You don’t want to be too close to Novi’s entertainment district, but you also don’t want kids trickling in from Birmingham, Royal Oak and Ferndale bringing fun and excitement with them? Farmington Hills is for you.

When you’re in the top ten in all of those other categories, but 69th in households with children, you’ve managed to bore all of the fun families into leaving the city, and you’re probably going to have to close some schools. Oh, wait… 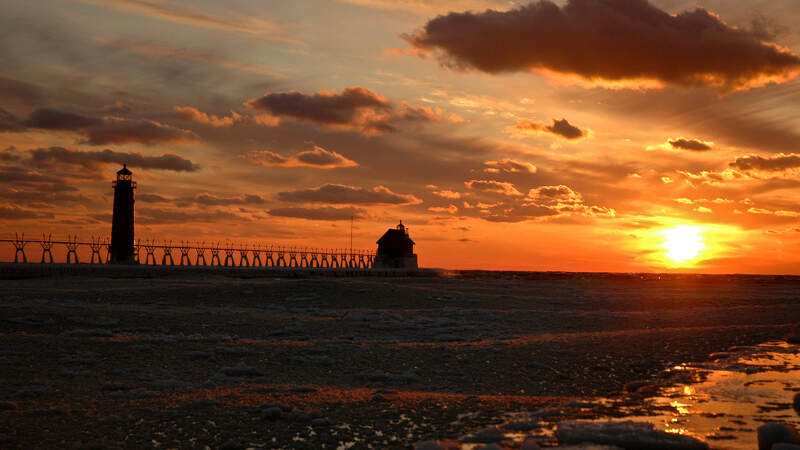 Okay, bear with us here. Grand Haven has things to do for fun, yes. The thing is hardly anyone who goes there is from there, and in the off season it’s pretty quiet and boring.

What separates Grand Haven from the other cities on this list is virtually none of its residents have kids. That’s enough to save it from the top five, but not enough to keep it out of the top ten.

Admittedly, Grand Haven’s status as an attraction for beach volleyball and beach soccer are decidedly NOT boring. However, given the age of Grand Haven’s residents and the lack of local children, it’s clear no one living in Grand Haven is actually playing these beach sports. I have absolutely nothing against either marriage or kids, but half of the photos in my Facebook feed comprise photos of weddings and photos of kids, which undoubtedly means I need to get some younger friends. Once you get married, you become less exciting, and when posting photos of your children to Facebook and begging your friends to “like” them is your greatest form of social excitement, it’s pretty much “Game Over” for you.

Closing out the books on boring in Michigan

There you have it. Again, Michigan has enough exciting locations that if you find yourself mired in a cesspool of oppressive boredom, you can hop in your car and find more exciting people to hang out with.

Just don’t drive too far south, or you’ll end up in Ohio, and there is no amount of roller coasters than can make Ohioans exciting.