Editor’s Note: We updated this article for 2019. This is our third time ranking the most conservative places to live in Pennsylvania.
Swipe left for slideshow. Article continues below.

And now that we’re headed towards the next big election, we wanted to get a better sense of what parts of Pennsylvania would be the most likely to back Donald Trump again.

Specifically, which cities have the highest number of conservative voters in the Keystone State?

In order to do so, we turned our sites on measuring how each city in Pennsylvania with populations greater than 5,000 voted and contributed to political campaigns in the past several years. The cities with the highest percentage of voters who voted republican and gave the most to conservatives where named the most conservative cities in the state.

Here are the 10 most conservative places in Pennsylvania for 2019:

If you’re wondering, Philadelphia is the most liberal city in Pennsylvania of all those we measured.

And to be clear, we didn’t form this list based on our own biases — we relied on the cold hard data. For more on how we ran the numbers, keep on reading. Then we’ll take a closer look at each of our top 10 most conservative cities in Pennsylvania.

And if you already knew these places were conservative, check out some more reading about Pennsylvania and the most conservative places in the country:

How we determined the most conservative cities in Pennsylvania for 2019

We started by making a list of every city in Pennsylvania over 5,000 people based on the 2013-2017 American Community Survey (The most recent data). That left us with 167 cities and towns.

Next, we ranked each city from 1 to 167 for each of the criteria where number one was the most conservative.

The winner, Punxsutawney, is “The Most Conservative City in Pennsylvania For 2019”.

The 10 Most Conservative Places In Pennsylvania For 2019 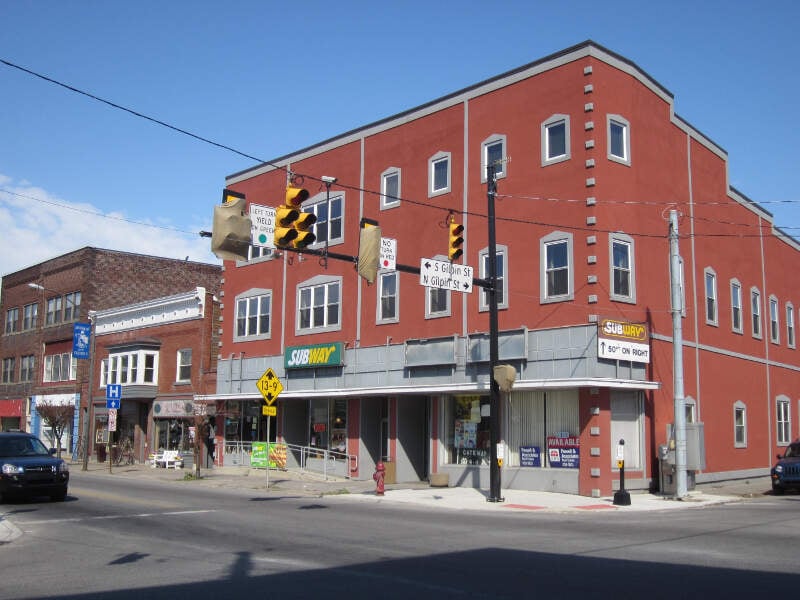 Greenville is a borough in Mercer County, Pennsylvania, United States. Located along the Shenango River, it is roughly 80 miles from both Pittsburgh and Cleveland. Greenville is part of the Youngstown-Warren-Boardman, OH-PA Metropolitan Statistical Area, which is home to 570,000 people. Huntingdon is a borough in Huntingdon County, Pennsylvania, United States. It is located along the Juniata River, approximately 32 miles east of Altoona and 98 miles west of Harrisburg. It is the largest population center near Raystown Lake, a winding, 28-mile-long flood-control reservoir managed by the U. S. Army Corps of Engineers. The borough is located on the main line of the Norfolk Southern Railroad, in an agricultural and outdoor recreational region with extensive forests and scattered deposits of ganister rock, coal, fire clay, and limestone. Historically, the region surrounding Huntingdon was dotted with iron furnaces and forges, consuming limestone, iron ore and wood throughout the 19th century. Dairy farms dominate the local agriculture. The town is a regular stop for the Amtrak passenger service which connects Harrisburg with Pittsburgh. 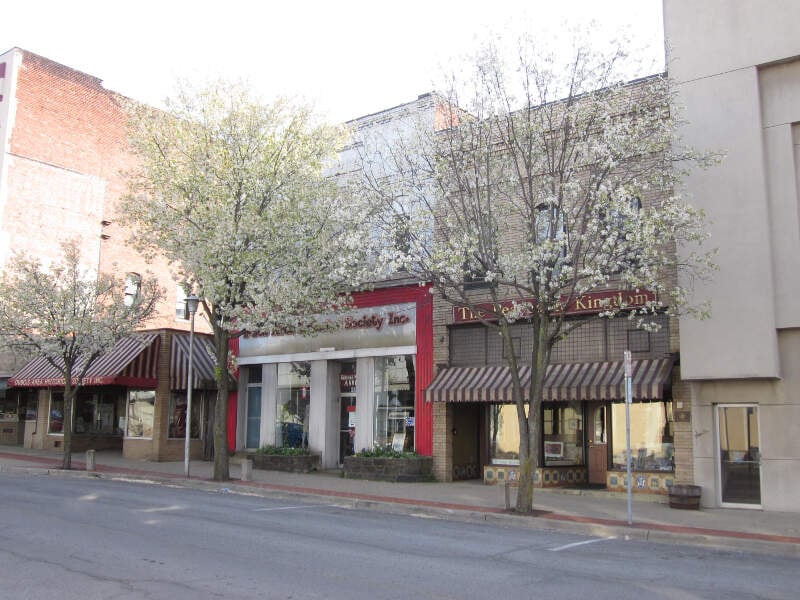 DuBois DOO-boys is a city in Clearfield County, Pennsylvania, United States, 100 miles northeast of Pittsburgh. The population was 7,794 at the 2010 census. It is the principal city in the DuBois, PA Micropolitan Statistical Area. DuBois is also one of two principal cities, the other being State College, that make up the larger State College-DuBois, PA Combined Statistical Area. Prospect Park is a borough in Delaware County, Pennsylvania, United States. The population was 6,454 at the 2010 census, down from 6,594 at the 2000 census. It originated as a bedroom community of Philadelphia. It is located within 10 miles of Center City, Philadelphia, with convenient rail access. Bradford is a city in McKean County, Pennsylvania, United States, close to the border with New York State and approximately 78 miles south of Buffalo, New York. Bradford is the principal city in the Bradford, PA Micropolitan Statistical Area.

Hollidaysburg is a borough and the county seat of Blair County in the U.S. state of Pennsylvania. It is located on the Juniata River, 5 miles south of Altoona and is part of the Altoona, Pennsylvania, Metropolitan Statistical Area. In 1900, 2,998 people lived in the borough, in 1910, 3,734 lived there, and in 1940, 5,910 residents were counted. The population was 5,791 at the 2010 census. Coal, iron ore, ganister, and limestone are found in the vicinity. In the past, the borough had foundries and machine shops, a silk mill, car works and classification yards.

Summing Up The Conservative Strongholds in Pennsylvania

Well there you have it, the places in Pennsylvania that have the highest number of conservatives per capita, with Punxsutawney ranking as the least conservative in the entire state.

If you’re curious, here are the least conservative cities in Pennsylvania:

Detailed List Of The Most Conservative Places In Pennsylvania