Editor’s Note: We updated this article for 2020. This is our sixth time ranking the gayest places in New Hampshire.
Swipe left for slideshow. Article continues below.

Did you know that an estimated 0.27% of New Hampshire residents is gay? That ranks as the number 25 most gay state in the nation. That means there are a total of 1,684 gay households in The Granite State.

Our goal with this post is to use data and science to determine the gayest cities in New Hampshire.

After analyzing 39 cities with over 1,000 households, we’ve determined these are The Gayest Cities in New Hampshire for 2020. Franklin is a city in Merrimack County, New Hampshire, United States. At the 2010 census, the population was 8,477, the lowest of any of New Hampshire’s 13 cities. Franklin includes the village of West Franklin. 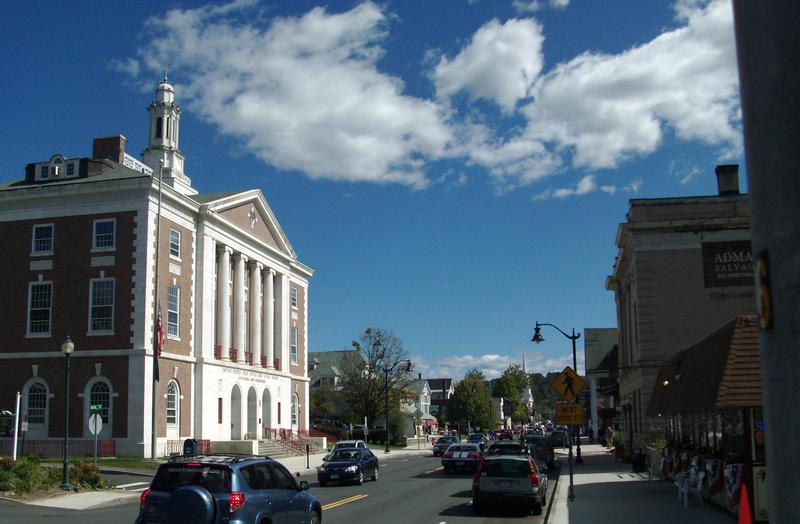 Claremont is the only city in Sullivan County, New Hampshire, United States. The population was 13,355 at the 2010 census.

Manchester is the most populous city in the U.S. state of New Hampshire and the largest city in northern New England, an area comprising the states of Maine, New Hampshire, and Vermont. As of the 2010 census, the city had a population of 109,565, and its estimated 2016 population was 110,506. It is one of two seats of Hillsborough County, the state of New Hampshire’s most populous county. Manchester is located near the northern end of the Northeast megalopolis, along the banks of the Merrimack River-which divides the city into eastern and western sections. It was first named by the merchant and inventor Samuel Blodgett. Blodget’s vision was to create a great industrial center similar to that of the original Manchester in England, which was the world’s first industrialized city. Laconia is a city in Belknap County, New Hampshire, United States. The population was 15,951 at the 2010 census, and an estimated 16,470 as of 2016. It is the county seat of Belknap County. Laconia, situated between Lake Winnipesaukee and Winnisquam Lake, includes the villages of Lakeport and Weirs Beach. Each June for nine days beginning on the Saturday of the weekend before Father’s Day and ending on Father’s Day, the city hosts Laconia Motorcycle Week, also more simply known as ‘bike week’, one of the country’s largest rallies, and each winter, the Laconia World Championship Sled Dog Derby. The city is also the site of the state’s annual Pumpkin Festival since 2015, having organized it after its former home of Keene rejected it due to riots in their neighborhoods in 2014. The city also includes one of the colleges of the Community College System of New Hampshire.

Nashua is a city in Hillsborough County, New Hampshire, United States. As of the 2010 census, Nashua had a total population of 86,494, making it the second-largest city in the state after Manchester. As of 2016 the population had risen to an estimated 87,882.

Rochester is a city in Strafford County, New Hampshire, United States. As of the 2010 census, the city population was 29,752, and in 2016 the estimated population was 30,345. The city includes the villages of East Rochester, Gonic, and North Rochester. Rochester is home to Skyhaven Airport

In order to rank the gayest cities in New Hampshire, we used the 2014-2018 American Community Survey from the U.S. Census. We looked at:

We ranked each place from 1 to 39 with the city containing the highest percentage of unmarried, same sex partners households being the most gay.

In the end, ended up being the the most gay place with 2.34% gay households. You can download the data here.

Read on below to learn more about the gayest places in New Hampshire. Or skip to the end to see the list of all the places in the state from gayest to straighest.

If you’re looking at the number of gay households in New Hampshire, this is an accurate list.

If you’re curious enough, here are the least gay places in New Hampshire:

Detailed List Of The Gayest Places To Live In New Hampshire