Editor’s Note: This article is an opinion based on facts and is meant as infotainment. Don’t freak out we updated this article for 2021. This is our seventh time ranking the poorest places in Pennsylvania.

Pennsylvania brings to mind images of Harrisburg, beautiful landscapes, and some of the best people you'll find in the good ole US of A.

However, like all states, Pennsylvania has certain places that are going on hard times. These places have an above average percent of people that are living in poverty, out of work, or not making as much as they should be.

With all the talk about income inequality going on around the country, we thought it prudent to take a look at the places in each state that are struggling to make it even as the economy continues to improve. So we set our sites on bringing attention to the places in Pennsylvania that could use a helping hand.

To do so, we analyzed the newest Census data from the American Community Survey for the 187 places in Pennsylvania with more than 5,000 people.

Here are the ten poorest places in Pennsylvania for 2021:

Rich people more your cup of tea? Feel free to check out the best places in Pennsylvania or the most dangerous.

The 10 Poorest Cities In Pennsylvania For 2021

Johnstown, unfortunately, ranks as the poorest place in Pennsylvania thanks to combination of low pay and and a lack of jobs.

The city of 19,569 people averages the lowest median household income in Pennsylvania and the 4th highest poverty rate. At the very least, the cost of living ranks in the bottom 15% of place in the state, so things like housing are relatively affordable.

The second poorest city in Pennsylvania is Duquesne.

And that's a sign that there's a relatively substantial jump in the quality of the economy from second to third place on our list. The poverty rate is 32.72394241314138% and ranks near the bottom of places in the state.

But what makes up for the relatively low incomes of the city is its low cost of living. The income you do make here goes further than in most parts of the Keystone State.

McKeesport ranks as the fourth poorest place in Pennsylvania.

The town ranks as having the 5th lowest median household income and the 11th highest incidence of poverty in the state. 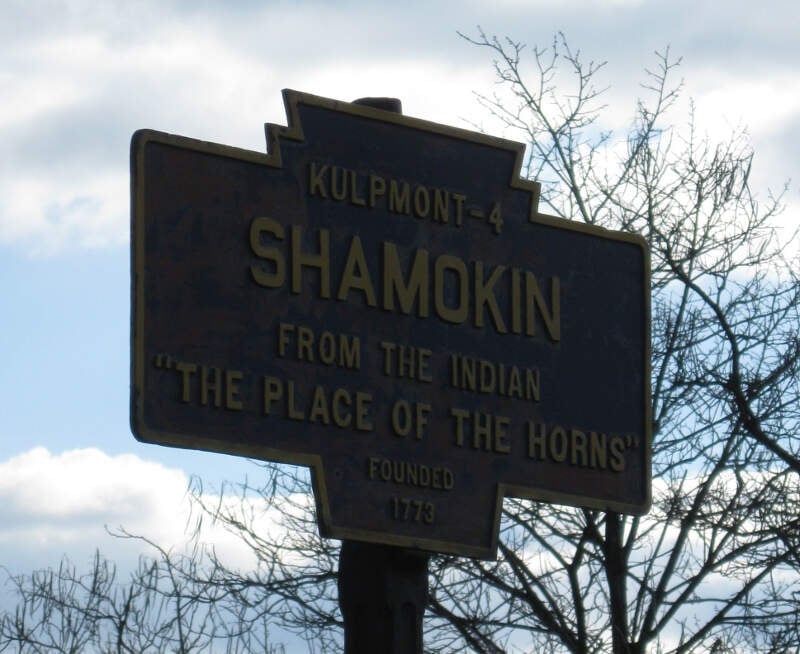 The fifth poorest city in Pennsylvania is Shamokin.

The city ranks as having the 4th lowest median income in the state. However, an extremely low cost of living prevents a good number of folks from living in poverty as the poverty rate only ranks as the 6th highest in Pennsylvania.

Still not the best news for Shamokin. Clarion ranks as the sixth poorest place in the Keystone State.

It ranks as having the 14th highest incidence of poverty and the 8th highest unemployment rate. Indiana places as the seventh poorest city in Pennsylvania.

The city of over 13,346 ranks as having the 2nd highest incidence of poverty in the state. However, it has a very low cost of living which helps to pay the bills each month.

Chester ranks as the eighth poorest city in Pennsylvania.

The big issue for the town is the unemployment rate which ranks as the 9th highest in the state.

McKees Rocks couldn't stay out of the top ten poorest places in Pennsylvania; it ranks number 9.

While the median income is the 2nd lowest, there are a substantial number of people that live below the poverty line. Overall, McKees Rocks ranks as having the 12th most people living in poverty of all the places we analyzed in Pennsylvania. And rounding out the top ten poorest cities in Pennsylvania is Aliquippa.

The city of 9,004 people ranks in the bottom 20% for both median income and poverty rate in the Keystone State.

How We Determined The Poorest Places In Pennsylvania for 2021

After we collected the data for all 187 places with more than 5,000 people in Pennsylvania, we ranked each place from 1 to 187 for each of the criteria, with 1 being the poorest.

We then averaged all the rankings for a place into a "Poor Score" with the place having the lowest overall Poor Score, Johnstown, crowned the "Poorest Place In Pennsylvania For 2021". You can download the data here.

There You Have It - The Poorest Places In Pennsylvania For 2021

Like we said earlier, when we set out to identify the poorest places in Pennsylvania, we weren't sure what we'd encounter, but it ended up being some of the best places to live in Pennsylvania.

If you're curious enough, here are the richest cities in Pennsylvania, according to data:

Detailed List Of The Poorest Places To Live In Pennsylvania