America is a very diverse place. According to Wikipedia, there are 7 major races in America. But which state has the most african americans as a percent? We know what you’re thinking: some state in the south.

But the question on the top of your mind must be which one exactly? Based on all the articles we’ve written the last 5 years, we put our money on Alabama.

Close but no cigar on our guess.

Here’s the rest of the top 10 states by percentage of African Americans for 2022.

Well the South certainly dominates this list with Virginia being as far north as you’ll get in the top 10. You’ll also find the most African American city in America in Mississippi – Jackson.

We’re going to talk about the states with the biggest black population and list out some famous black americans that were born there. For exactly how we calculated these rankings, read on. Or, if you’re interested in reading something else, check out:

Which state is the blackest in America? Yep, Mississippi. In Mississippi, 37.5% of residents are black, which is 3.11% higher than it was 10 years ago. There are nearly 400 times more blacks in Mississippi than there are in the state of Montana.

Jackson Mississippi ranks 2nd in America for percentage of black residents at 80%. The only other city in America with a higher concentration of black americans is Detroit, where the black population makes up 83% of the total population. There are ten cities in Mississippi greater than 5,000 residents that are at least 70% black.

Oprah Winfrey is from Mississippi. So is James Earl Jones. And, Record producer Ray J hails from McComb, Mississippi. Moving on, we come to the second blackest state in America, which is Louisiana. In Louisiana, 31.9% of residents are black, which is a 6.53% increase in the last ten years. There are now 80,000 more black Americans living in Louisiana than a decade ago.

Monroe suburb Bastrop and Baton Rouge suburb Baker are both small towns, and have the highest concentration of blacks in Louisiana at 80%. New Orleans is 60% black – the 7th highest black population of large cities in the US. New Orleans is considered the birthplace of jazz music. Jambalaya, gumbo and other southern soul foods have their roots in Louisiana, too. Let’s move on to our next blackest state in the US. It’s Georgia. Georgia’s black population is 31.1%, which is almost 1% higher than it was 10 years ago. In terms of actual numbers, there are 3.1 million African Americans in Georgia – second only to the state of Texas, which has 3.8 million black Americans.

Martin Luther King, Jr. was born in Atlanta. He was an American Baptist minister and activist who became the most visible spokesperson and leader in the civil rights movement from 1954 until his assassination in 1968. As such, Atlanta is home to the National Center for Civil and Human Rights. Other famous people from Georgia are singer Kanye West, actress Raven Symone, and singer Ray Charles. Perhaps the most memorable historical african american event in Alabama took place in Montgomery, Alabama, when in 1955, Rosa Parks stood up against racial segregation by refusing to move to the back of the bus. That led to a Supreme Court ruling that segregated buses were unconstitutional, which led the inspiration to a chain of events that led to President Lyndon Johnson’s Civil Rights Act in 1964, which outlawed racial segregation. Marion, South Carolina is the blackest city in the state, at 78%. Columbia, the state’s capital, is 40% black. Which of American states are has the seventh most black Americans? Delaware. In Delaware, 21.5% of residents are black. The black population in Delaware has increased by 14.41% in the last ten years. Delaware has the 5th lowest population overall of all US states.

Delaware State University in Dover is a historically black university, where there is a higher than average number of black middle class residents. Delaware was the first state to join the Union in 1787. It was also considered a border state, but Delaware didn’t abolish slavery for good until the 13th amendment was passed in 1865. Notable black americans from Delaware include NBA players A.J. English and Stevie Graham, and jazz trumpeter Clifford Brown. 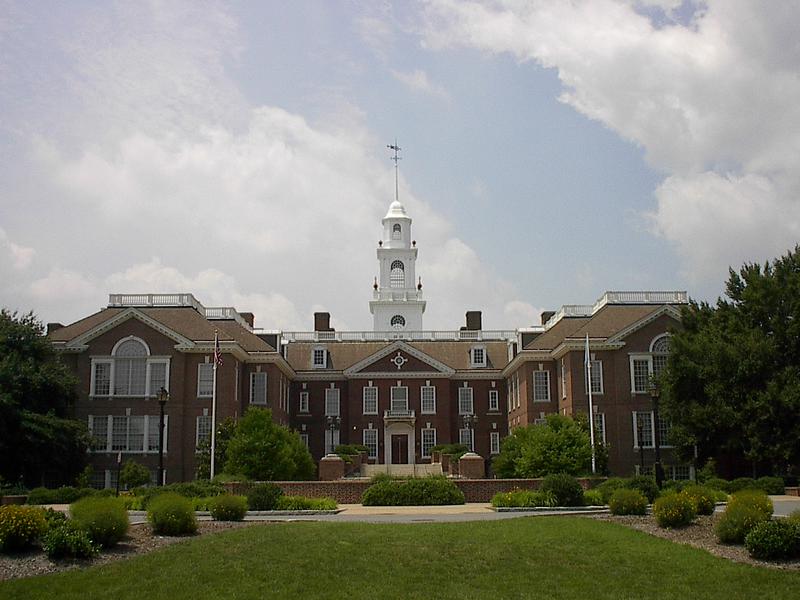 We’re going to move on to our next blackest state in America. It is… North Carolina.

Durham, North Carolina is home to what is now called Black Wall Street. This was a financial center formed by several prominent black entrepreneurs. Booker T Washington spoke many times about how relaxed the race relations were in Durham at the time. Harriet Jacobs, America’s most famous female slave narrator, was born in Edenton, North Carolina. TV personality and writer Star Jones was born in Baden, North Carolina. Singer/rapper Jermaine Dupri grew up in Asheville. Here in Virginia, Petersburg, Emporia, and Franklin have the largest black populations. Petersburg is 75% black. Virginia Beach is 20% black – and it has the highest number of African Americans in a city in Virginia.

Hampton University is here – it was one of the first black colleges in the US. Brown vs. Board of Education protests first started in Virginia. Those protests led to an end to racial segregation in public schools. Bill “Bojangles” Robinson is from Virginia. He was a dancer best known for his tap dancing with child-star Shirley Temple. Tennis star Arthur Ashe was born here. Other cities in Tennessee with a majority of blacks include Bolivar, Brownsville, and Whiteville. How We Determined The Most African American States in The US

When we analyze what it’s like to live in a certain place, we simply look at statistics. In particular, we can look to the recently released 2016-2020 American Community Survey for a detailed breakdown of race by state.

We looked at the percentage of the population of each state that identified as non-Hispanic/latino, black. We then ranked each city from 1 to 50 in terms of that percentage with the state having the highest overall percentage being named the “State In America with the Largest African American population” — Mississippi. You can download the data here.

Based on recent trends, the South might not continue to dominate this list in the years to come  well maybe decades  as Northern states continue to attract large swaths of the black population.

But until then, we’ll keep seeing southern states atop the list.

And we’ll guess that Mississippi is still the blackest state for the next several years.

Here’s a quick look at the least African American states on the list:

African American Population By State In The US For 2022